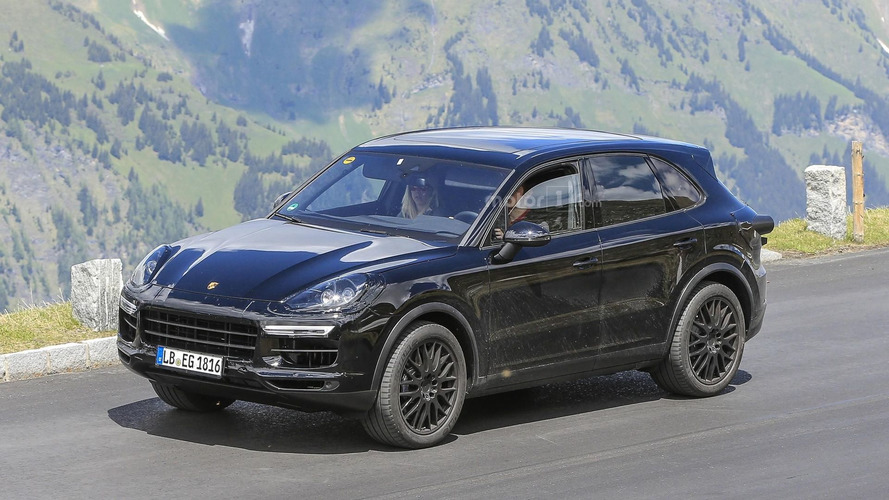 Third-gen Cayenne hides underneath the current model's skin during testing on public roads and on an enclosed track.

With the new Panamera finally out and about, Porsche is now channeling more of its efforts in the development and testing of the Cayenne’s third iteration. There is still a lot of work that needs to be done taking into account these prototype are still largely based on the current model.

The last time we saw the new posh SUV it was testing in sunny Spain and now the next-gen Cayenne is flexing its muscles on the Ring and also during a cruise in the beautiful scenery of the Alps. Seeing as how the car looks virtually the same as the second-gen model, it would be futile to talk about its design. That being said, we do notice the vehicle spotted in the Alps is rocking an active rear spoiler like that prototype from last winter’s testing session while the one on the Nurburgring is sitting low, thus indicating Porsche was probably focusing on the Cayenne’s suspension.

Images of the interior cabin are not available in this batch, but in a previous set we saw the 2017 Panamera influences, which frankly is not all that surprising.

As far as the underpinnings are concerned, expect the 2018 Cayenne to ride on the aluminum-intensive MSB-F architecture and rumor has it Porsche is putting the SUV on a strict diet which will shave off as much as 220 pounds (100 kilograms).

There’s no word about the engine lineup, but the Panamera 4S’ biturbo 2.9-liter V6 with 434 horsepower (324 kilowatts) will likely find its way underneath the hood of the 2018 Cayenne. We should also expect to see the Panamera Turbo’s biturbo 4.0-liter V8 that delivers 542 hp (404 kW) and 568 lb-ft (770 Nm). A new S E-Hybrid is also on the horizon, and it would make sense for Porsche to offer an equivalent version of the Audi SQ7 that has an electric compressor for its 4.0-liter TDI V8 generating an earth-moving 664 lb-ft (900 Nm) of torque.

Expect to see the new Cayenne at a major auto show next year, quite possibly in September in Frankfurt. It should go on sale in the months to follow as a 2018MY. There are slim chances of seeing the Turbo S version from day one, but it will be well worth the wait since the range-topping model will do 186 mph (300 kph), according to Porsche.

Gallery: 2018 Porsche Cayenne spy shots from the Alps and Nurburgring