'Moderate to big' Tesla Autopilot changes coming, but no lidar 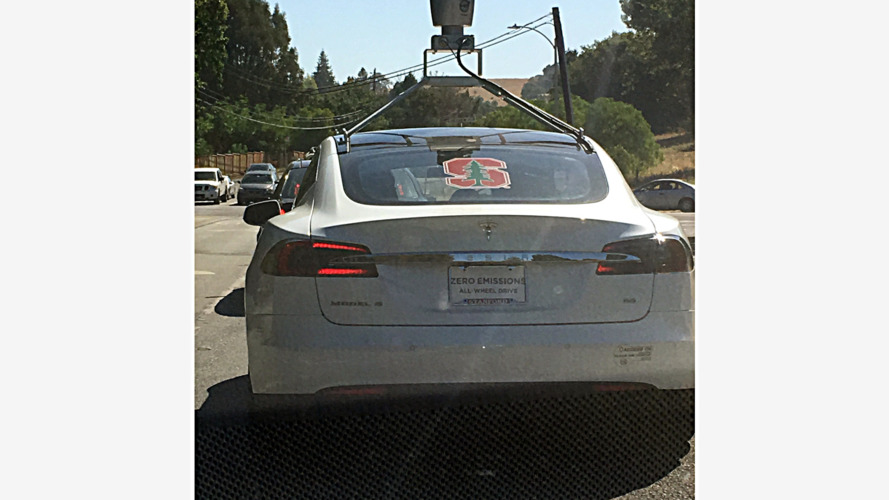 Tesla is working on a large-scale update of the hardware and software that control the Autopilot system. And, unlike many other manufacturers developing autonomous driving technology, the company has decided not to pursue lidar technology, instead sticking with its current suite of camera and radar sensors.

According to Elon Musk, "certainly moderate and maybe even big advances" are achievable with the current sensors.

That contradicts what Stefan Sommer, CEO of ZF, one of the biggest auto industry suppliers in the world, said at a recent news conference, "For autonomous driving, we will need three core technologies: picture processing camera technology, short and long-range radar and lidar."

Laser or infrared-based lidar systems are able to pick out contours and contrasts of objects that camera and radar sensors struggle to see, especially in low light conditions.

A Model S with a lidar unit mounted on its roof was recently spotted near Tesla's headquarters in Palo Atlo, California. Though the car entered a parking lot at the Tesla HQ, it has yet to be ascertained whether or not it was actually part of the company's development fleet. Even if it was, given Musk's past statements on the issue, it was probably just being used for benchmarking Tesla's existing systems.

When previously asked about lidar, Musk had this to say, "I don’t think you need lidar. I think you can do this all [autonomous driving] with passive optical and then with maybe one forward radar… if you are driving fast into rain or snow or dust. I think that completely solves it without the use of lidar. it’s not that I don’t like lidar in general, I just don’t think it makes sense in a car context. I think it’s unnecessary."

The Autopilot system uses a front-facing camera and radar, and 360-degree ultrasonic sensors. Musk tweeted about recent development work, "Working on existing Tesla radar by itself (decoupled from camera) with temporal smoothing to create a coarse point cloud, like lidar."

It's possible an element of Tesla's reluctance to adopt lidar could be that it would not be possible to retro-fit it into cars with the existing sensor suite. But, whatever the reasons, it will be interesting to see how the relative merits of radar and lidar play out, as the vast majority of the industry adopts the latter.