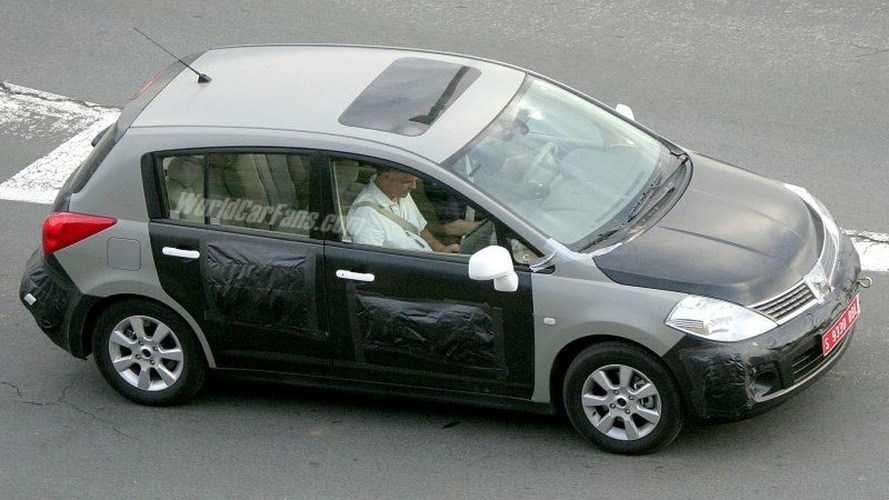 Japanese car maker Nissan is testing its replacement for the current Almera in Southern Spain these days...

Japanese car maker Nissan is testing its replacement for the current Almera in Southern Spain these days, and while the hatchback has been released in Japan (as Tiida) and the U.S. (as Versa) already, the European version (Almera again ???) is yet unofficial and scheduled for a launch at the Paris Motor Show later this year.

What’s never been seen before, however, is the sedan variant of the new car, shown here for the first time while unloading from a truck.

Both, the new Almera five door hatchback and four-door sedan are to compete with the Ford Focus and VW Golf and are going to be sold alongside the Nissan Note MPV and the yet to come Nissan Qashquai S.