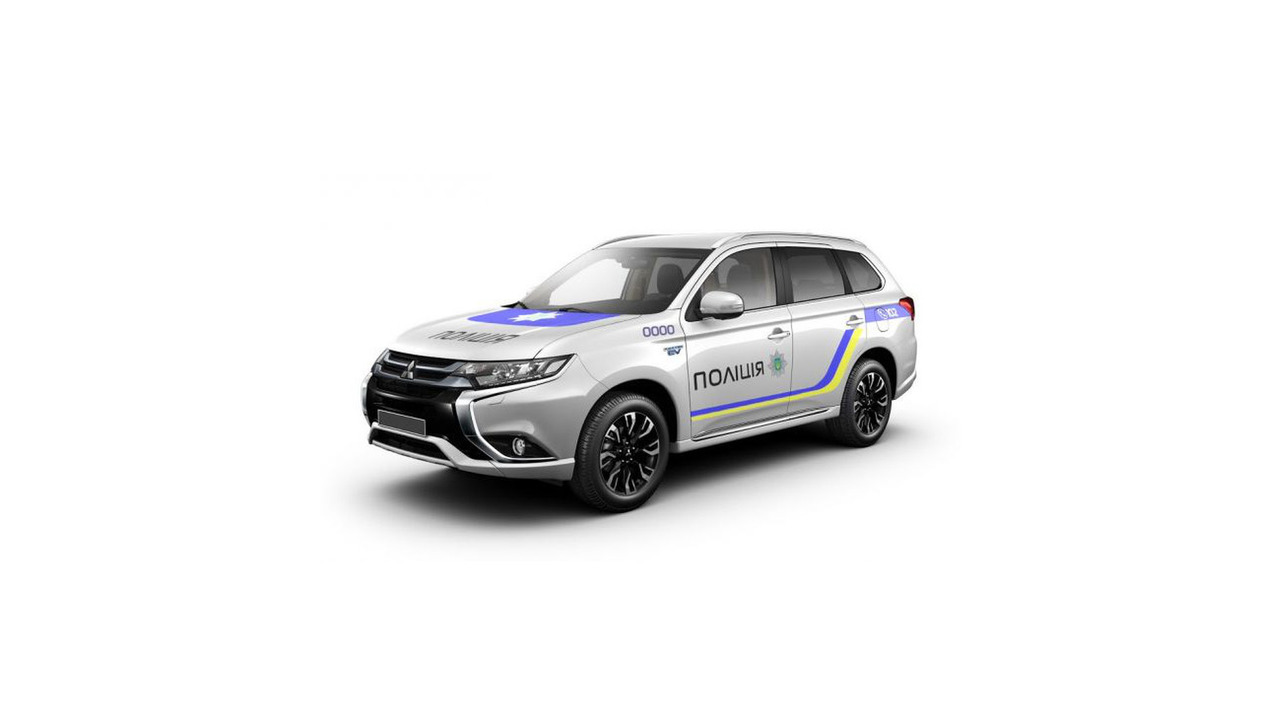 Minister of Internal Affairs hopes for a 652nd.

While Mitsubishi has seen happier times – with lagging North American sales and a recent fuel economy scandal – there's still at least one ray of hope for the Japanese automaker. Its plug-in hybrid version of the Outlander is quite popular in many markets, and it's about to get a whole lot more popular in another one. The Ukraine has placed an order for 651 Mitsubishi Outlander PHEVs for use by its national police force.

Ukraine's Minister of Internal Affairs, Arsen Avakov, first announced the news on Twitter, and linked to a statement going into more detail. As part of a plan emerging from the Kyoto Protocol, the Natspolitsiya (as the police force is called) are ditching their aging, Russian-made UAZ and AvtoVAZ vehicles for the greener option from the less-at-war-with-them Japan.

The Outlander PHEV, which was refreshed for the 2017 model year, is powered by a 2.0-liter, four-cylinder engine as well as two electric motors. Its 12-kWh battery provides about 22 miles of real-world, all-electric driving range. It's quite popular in Europe, so we might want to pay attention, as it will arrive in the US later this year.

"So, gentlemen, Ukrainian policemen! You will receive 651 new and unique modern powerful eco-friendly hybrid crossover Mitsubishi Outlander PHEV," says Avakov in his statement. "The people of Ukraine hopes that you will be worthy of this innovation! Serve with honor!" No pressure.

Furthermore, Avakov quipped in a Facebook post – with a smile and a wink – that his "advertising" for Mitsubishi ought to net the Natspolitsiya a 652nd vehicle.