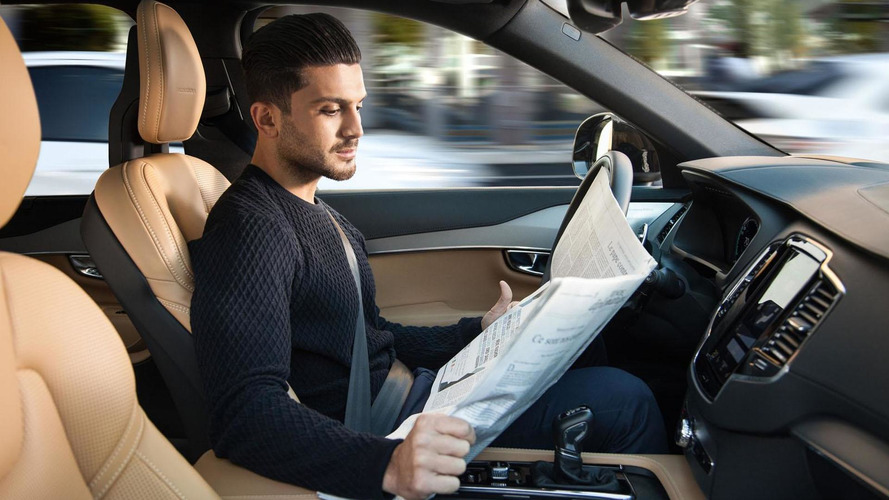 The company will build in multiple redundancies to keep people safe.

Autonomous driving is the hottest buzzword in the modern auto industry, and Volvo is among the companies making the biggest push for the cutting-edge tech. The automaker is even willing to accept liability if its system causes any harm. The automaker doesn’t think these driverless systems are always the answer though, like when riding through urban areas.

“We believe more that in a situation where it’s not really fun to drive, you can switch on the autopilot and then sit back and do something else, using that time more productively. That is the product we are developing,” Volvo CEO Håkan Samuelsson told Autocar.

Volvo calls its semi-autonomous system IntelliSafe Auto Pilot. It combines laser scanners, four surround radars, a trifocal camera, two long-range radars, twelve ultrasonic sensors, windshield-mounted wave radar, and a camera for identifying traffic signs. Plus, the tech uses high-definition maps and GPS data to know exactly where the vehicle is. Some of these have overlapping functions so that the Intellisafe keeps working even if the conditions disable one part of it.

“Volvo would not market something you can switch on and then relax if it’s not a redundant system which is absolutely safe and secure,” Samuelsson told Autocar.

Volvo will begin public testing of IntelliSafe around the world in 2017. The program will kick off with a 100-vehicle trial in the company’s hometown of Gothenburg, Sweden. The automaker will eventually have that many specially equipped XC90s under evaluation in London and an unannounced city in China, too. If successful, the experiments will put Volvo closer to its goal of no deaths or serious injuries in the brand's new models by 2020.

Autonomous driving received a black eye recently after several accidents involving Tesla’s Autopilot system. In April, a Volvo engineer took a direct swipe at the EV maker’s tech by calling it “an unsupervised wannabe.” He argued Autopilot was semi-autonomous, but Tesla wanted the public to think it was truly a driverless solution. With IntelliSafe hitting the road soon in public trials, we’ll soon get to see how it will compare.