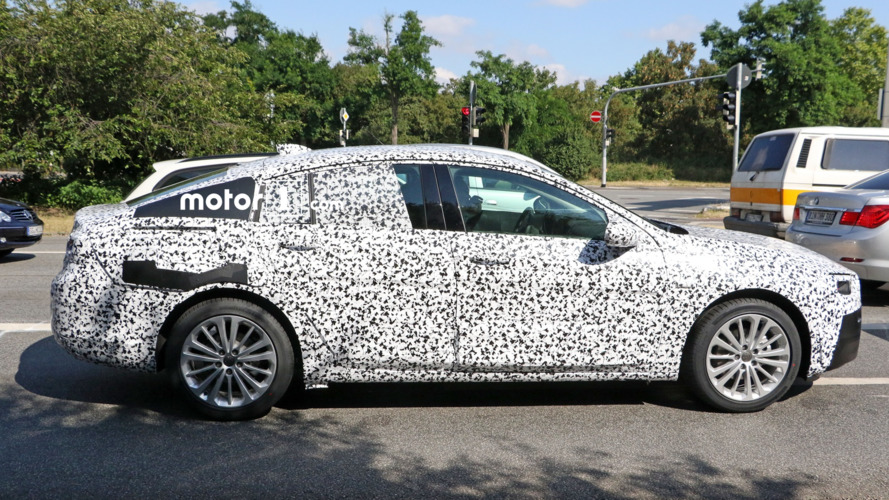 Will be bigger, lighter than the current model.

The next generation Opel Insignia is entering the next test phase, as a prototype of the car has been photographed without most of the heavy camouflage. Gone now are the fake plastic body panels and we can finally see the production shape of the vehicle that is still covered with camo foil.

These new spy photos once again confirm the 2017 Insignia will be inspired by the Monza concept that was revealed back in 2013. Of course, don’t expect the same spectacular shapes, but a toned down version with focus on practicality.

Speaking of it, we heard the vehicle will be more mature and roomier than the current model, aimed at the Skoda Superb. This will be achieved thanks to about four inches (ten centimeters) longer wheelbase that will be combined with a more traditional shape of the boot lid. Currently, the Insignia Sports Tourer has a smaller trunk than the smaller Astra Sports Tourer, but this is about to change with the second generation of the model.

More room doesn’t necessarily mean more weight, as the German company’s flagship vehicle is expected to lose as much as 440 pounds (200 kilograms). In addition, it will receive a family of new engines, including a 1.0-liter three-cylinder turbocharged petrol and a biturbo diesel with 160 horsepower (118 kilowatts).

Look for the second generation Insignia in the fall of 2017 with the IAA in Frankfurt looking like the most possible event for the global debut.