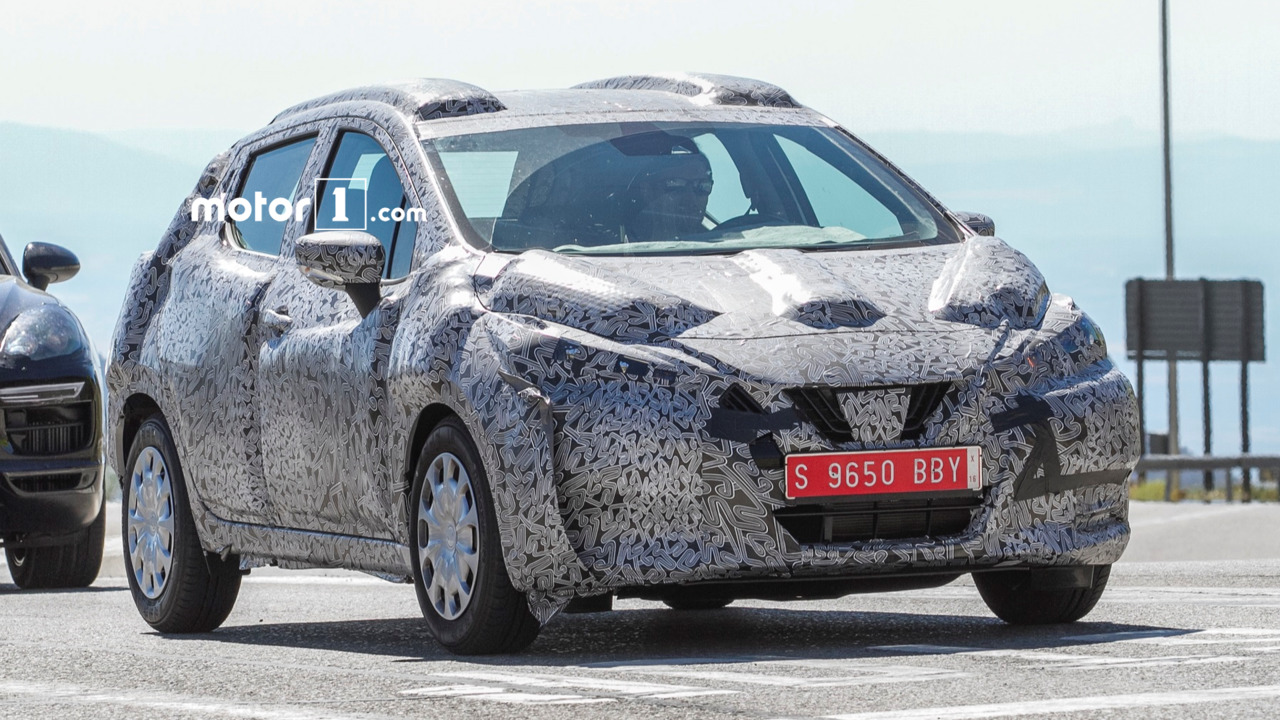 The next-generation of Nissan's Fiesta-rivalling Micra hatchback has been spotted out testing, ahead of its expected debut at the Paris Motor Show in October.

The model was preview by last year's Sway concept and it looks like many of the concept's styling cues have survived the transition more-or-less intact - despite this prototype's heavy disguise.

The front is dominated by Nissan's signature V-shaped grille and a pair of large, swept-back head lights. The padding on the flanks suggest the Sway's complex surfacing has been carried over, albeit toned down somewhat. There's a distinct up-kick to the rear side window line and the rear door handle is mounted in the C-pillar. It's thought the Micra has a fashionable 'floating' roof.

The Micra uses the Renault Nissan Alliance CMF-B small car platform, that will also underpin the next-generation Juke crossover. Power will come from a range of three- and four-cylinder petrol and diesel engines.

It will be built at Renault's factory in Flins, France - the current generation of Micra is built in India and quality has suffered as a result.

The Micra was first launched back in 1982. Previous generations haven't been available in the USA and there have been no indications this new fifth-gen version will be, either. Nissan would probably argue the Versa Note and Juke serve US small car buyers well enough.