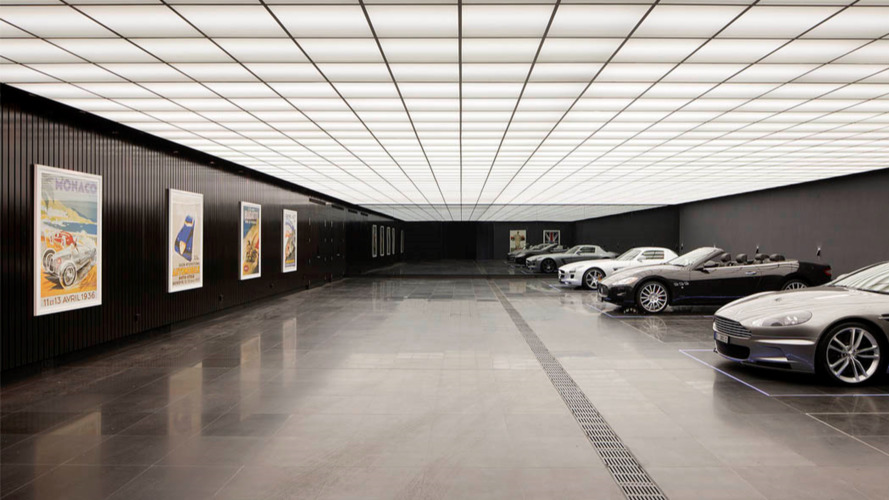 This must be the dream garage of every gearhead.

Every gearhead dreams of having a garage stuffed full of supercars. But what would the garage itself look like? The best, I think, not only enhance the cars they house, but drop jaws even when empty.

Such a garage does exist. Sort of. Because it belongs to Bruce Wayne, a.k.a Batman. The temporary garage he uses in The Dark Knight is surely the ultimate. Even a Mitsubishi Mirage would look good in there and the space itself is just so cool.

But this is fiction. Bruce Wayne and his Bat Garage don't actually exist. Well, Bruce Wayne doesn't but the garage does, under the back yard of an Australian mansion.

The mansion's owner commissioned fashionable architects Molecule to build a home for his car collection as part of renovations to the property. Not wanting to add to the mansion itself, it was decided the garage would go underground. The inherent secrecy of an underground garage made the architects think of the Bat Garage and the design of a replica grew from there.

As you can see, it too has black walls and floor, a mirrored back wall, and a 'sky-lit' ceiling. The Aston Martin, Maserati, and Mercedes parked in it look amazing and room itself is jaw-droppingly cool.

Though perhaps upstaged by the entrance, a ramp revealed by an hydraulically-lifting door disguised as the base line of the tennis court.

I dread to think how much it cost, but I can't pretend I wouldn't do exactly the same thing, if only I could.