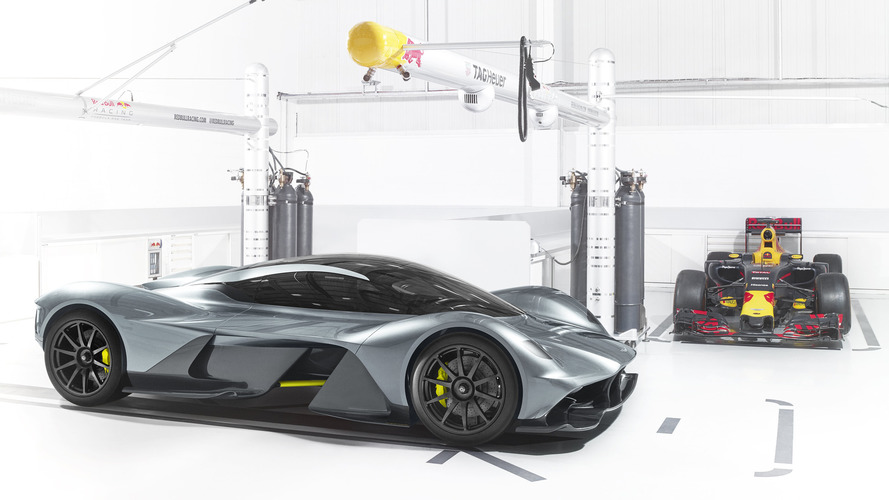 Speaking with The Drive, Reichman said “Everything we do in Special Projects is in part a foretelling of something to come. We never do something and then forget it."  The executive was tight-lipped on specifics but hinted the AM-RB 001 is a "precursor of the idea of a mid-engined vehicle being part of the lineup" in part of the company's Second Century plan.  Unfortunately, the model is still a ways off as Reichman suggested it wouldn't arrive until something after 2020.

Besides talking about a mid-engine supercar, Reichman confirmed the AM-RB 001 will be powered by an all-new V12 engine which is significantly smaller than the biturbo 5.2-liter V12 that resides in the DB11.  The creative officer described it as the "best of the species" and revealed it will be able to rev up to 11,000 revolutions per minute.

Reichman went on to say the company obsessed over the car's aerodynamics, drag, and weight.  He also praised the company's partnership with Red Bull Racing by saying it was a perfect 50-50 split that marries "Aston Martin design with Red Bull tech.”

Reichman declined to confirm pricing but the publication is reporting the model is slated to cost over $1.3 (£1) million.