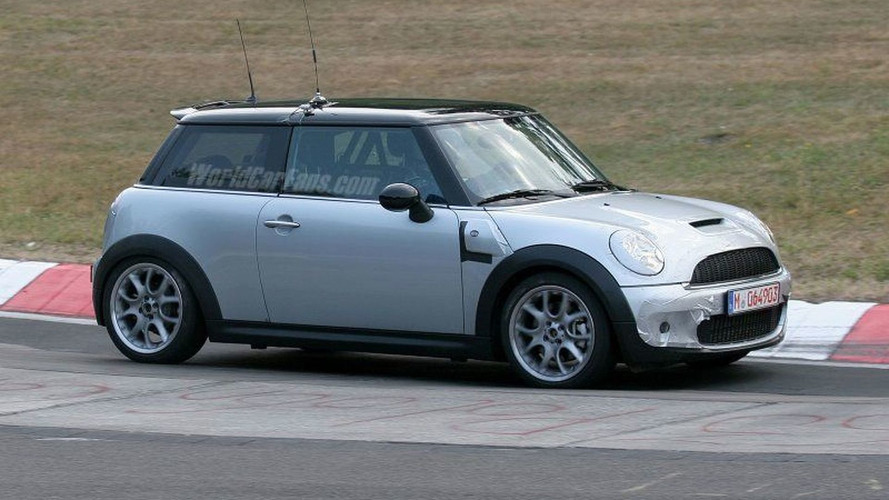 The classical mini car has a pragmatic name: MINI. Rich or poor, high or low - the MINI suits everyone.

The classical mini car has a pragmatic name: MINI. Rich or poor, high or low - the MINI suits everyone. That's the secret to its success. 550 000 MINIs were sold since 2001, the production in Cowley near Oxford (UK) runs in overdrive. 200 000 units per year are in sight, that's twice as much as originally planned by the MINI's parents in Munich. But what is the future of the MINI? After all, the car belongs to the group of so-called "retro cars", as formally the current model is the successor of the original MINI. That's what gives today's car its identity. Can Retro be modernized?

An interesting question, but nothing BMW is currently philosophising about. Yes, the current MINI will get a successor. No, it won't be much different from today's car. All the old model on first sight, the MINI Mk. II will go on sale in early 2007. A second sight, however, reveals the modifications, partly necessary from the safety point of view, partly to ensure its success for another decade or so.

Exterior modifications are mainly done to the front: the bonnet is higher to cover the hubs of the wiper arms. This ensures fulfilling future safety regulations (protecting pedestrians in case of a crash). The round headlights remain unchanged but due to its bigger and more upright grille the whole front appears a bit more adult. Overall dimensions will be just about the same than today since it is BMW'' aim to leave the car a true MINI, but interior will grow just a little here and there and the quality of the materials used for cockpit and seats is said to be more upmarket. The unique dashboard layout, however, won't be changed much.

Radical changes, however, will be done under the bonnet: the old Chrysler-born two-valve units will be replaced by brand-new top-modern engine family developed in co-operation with PSA (CitroÃƒÆ’Ã†â€™Ãƒâ€šÃ‚Â«n, Peugeot). These will be four-valve petrol engines with Common-Rail direct injection, built in BMW's engine works in Hams Hall, UK. Three variants, all with 1.6 litres, are planned: a naturally-aspirated 115-bhp unit for the Mini One, plus two turbo-charged variants with 143 bhp (Cooper) and 170 bhp (Cooper S). A Mini Works (with 230 bhp) will be following at a later date.