Here's the stunning Porsche Vision GT car we can't have 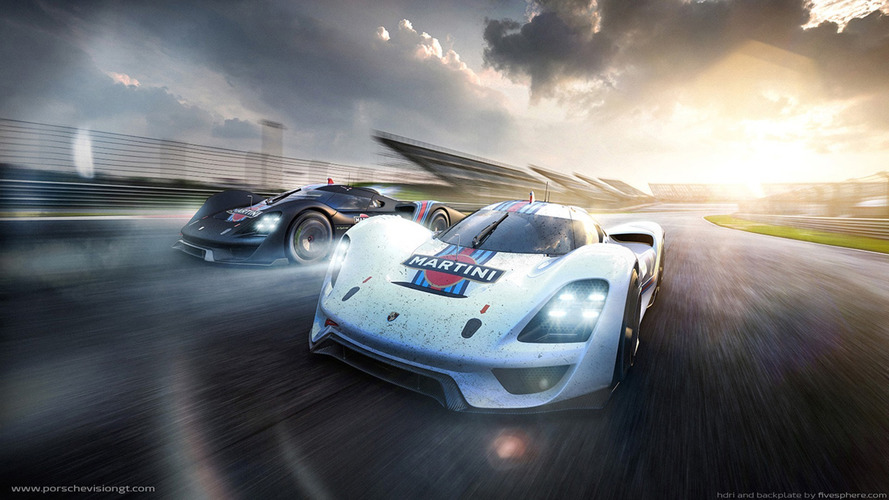 By now you've seen plenty of the Vision Gran Turismo cars featured in Gran Turismo 6.These are radical designs from real car designers at major automakers – some exist purely digitally for gameplay, while others have been rendered as show cars as well. Participating companies range from Hyundai to Aston Martin, but one notable exception is Porsche. All of Porsche's cars have been absent from Gran Turismo ever since the first game due to licensing issues, some of which have also plagued other game developers. However, a small, independent team of designers decided that wouldn't stop them from coming up with their own concept of a Porsche concept for the game.

The team consisted of six people from around the globe – five automotive designers and one expert photo retoucher. They say their inspiration was the 1969 Porsche 908 LH race car, and this 908-04 certainly shares the classic racer's lengthy tail. The design also borrows from some current Porsche designs, including the 918 Spyder, the 919 Hybrid racecar, and the Mission E electric concept that has been greenlit for production.

Creating a raw, visceral, simple machine seems to be the goal of their design, as they say it is "a purely manual car" and that they want it to "give you goose bumps just by imagining yourself driving it." It's not meant to be a fantastical concept either, as the designers state they aimed to make it so someone could realistically fit inside and drive. Which is more than can be said for the laser-propelled Chevrolet Chaparral 2X Vision Gran Turismo.

We'll only be able to imagine ourselves driving it, though, as this is not an official concept from Porsche. And even if it was, it's highly unlikely Polyphony Digital would go through the necessary hoops to get Porsche in the game. Instead, we can just drool. To see more of this stylish hypothetical Porsche and read more of the backstory, check out the designers' website at www.porschevisiongt.com.