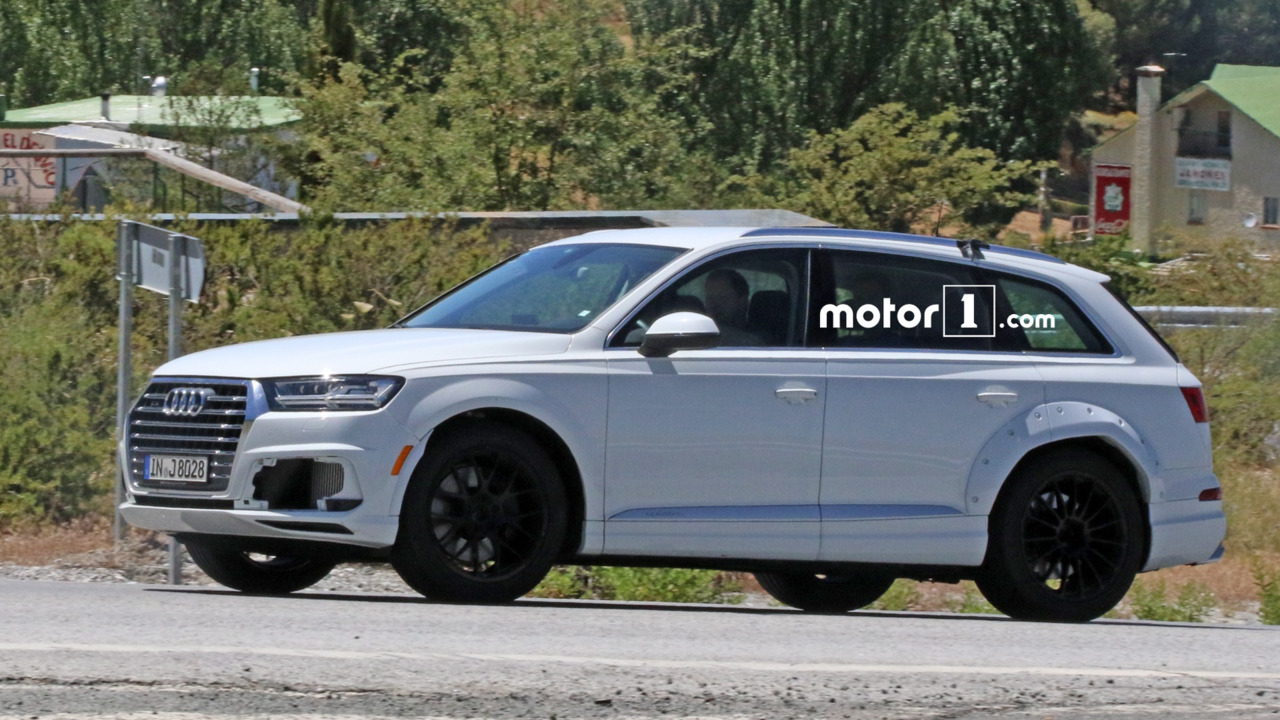 Early-stage prototype of the coupe-SUV shows a wider track.

Audi has made no secret of its intentions to extend its SUV line-up, up to a top-of-the-range, super-luxury Q8. Development on that model seems to have started, this mule having been spotted testing.

It's obviously a fairly early stage prototype as it actually wears a Q7 body. The extended wheelarches suggest a wider track, though whether or not the mule does have that isn't clear in these images.

The production-spec Q8 is unlikey to share any sheet metal with the Q7. Indeed, it is expected to have more of a coupe outline, the SUV equivalent of the A7, if you will. In keeping with its name, the front end will likely resemble that of the next-generation A8.

The Q8 will be based on the same MLP platform as the Q7. The pair will share drivelines as well, including petrol, diesel, and hybrid options.

Among those options will be all-new V6 and V8 motors co-developed with Porsche - already seen in the new Panamera - and a plug-in hybrid with an all-electric range of 35 miles.

High-end versions of the Q8 will likely also get the 48-volt anti-roll system used in the Bentley Bentayga and Audi SQ7.