Jeep CEO details the next Wrangler's push for efficiency 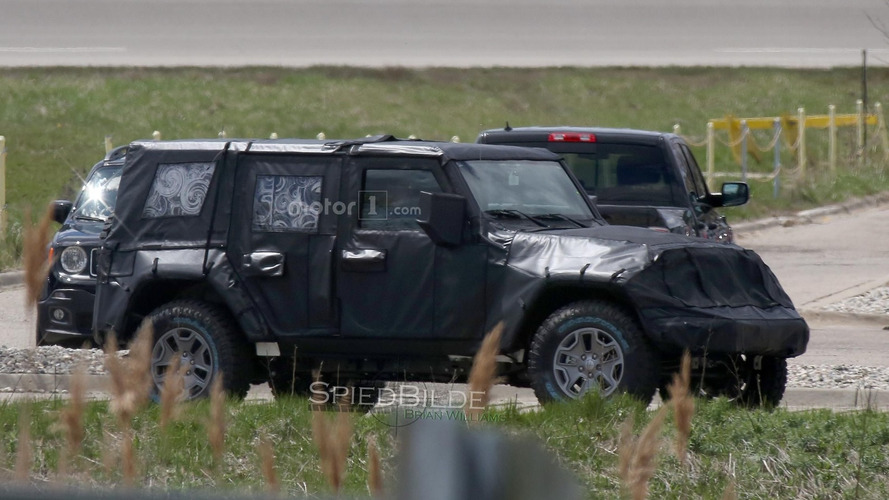 Jeep CEO Mike Manley's brief for the new Wrangler is a simple one – don't mess it up. But in that pursuit of keeping things proper, the affable Englishman has revealed that the brand is trying to walk a fine line while bringing its most iconic model into the 21st century.

That's most important on the car's exterior. Like other long-serving American vehicles, the Wrangler is defined by its image. But even with aerodynamics playing a bigger role on the JK's successor, Manley was adamant during a conversation with Automotive News that the boxiness will carry on.

"You have to be very careful with the aero of Wrangler, because at the end of the day, it needs to be recognizable as a Wrangler," Manley told AN. "To some extent that restricts you on some of the aero that you can do." Spy photos show a more rakish windshield and fascia, both key moves to lessen the aerodynamic impact of the Jeep's traditionally brick-like design.

"But with weight and a number of the changes that we've made, you're going to see that we've really pushed that vehicle forward in terms of its fuel economy."

The context of that last sentence points to a weight savings, something Automotive News backs up. While the Wrangler won't go all-aluminum, its frame is going to be lighter and stronger, and it will use aluminum for certain "hang-on" body parts. But this push for weight savings won't extend to the Wrangler's intangibles. It'll still ride on a body-on-frame architecture and feature solid axles at both ends, for example.

Combine Manley's comments and AN's reports with news that the Wrangler will use an eight-speed automatic and offer diesel and four-cylinder turbo power in its next generation, and it's clear Jeep is trying to make the biggest strides in decades without alienating its die-hard fans.