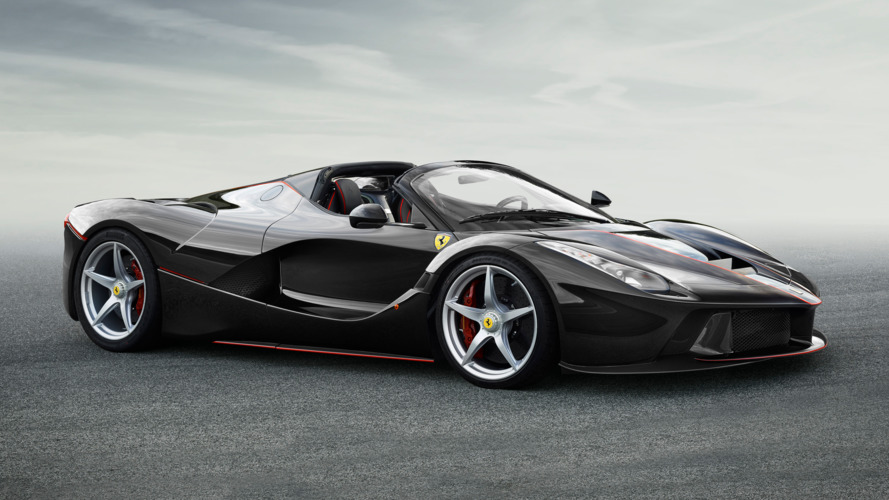 Ferrari will likely call its roofless LaFerrari the Aperta when the convertible debuts at the Paris Motor Show in October. The rumor comes from insiders speaking to Autocar, but there are indications of that name already on the Prancing Horse's Webpage.

Ferrari's online announcement includes several photos of the open-top LaFerrari. Saving the lead image shows that part of its file name is "laferrari-aperta-news." The company probably wouldn't give that title to a photo, unless there's a valid reason. Other images of the hyper car on the same page include "limited-edition-special-series" in the file name.

The LaFerrari convertible is an absolute beauty, especially in black with red details. The handful of lucky owners don't have to worry about sacrificing much performance over the coupe because Ferrari tweaks the aerodynamics to stay close to the closed version's drag coefficient. The carbon fiber tub also receives updates to maintain the earlier model's rigidity. Motivation still comes from a V12 with hybrid assist for a total output of 950 horsepower (708 kilowatts) and 664 pound-feet (900 Newton-meters) of torque. Without a roof, it should sound even better.

Ferrari uses the Aperta name on its limited run droptops, and the roofless Laferrari joins a distinguished group of models. Most recently we saw the designation on the 458 Speciale A. Previously, the moniker appeared on a limited-run 599 and the one-off P540 Superfast Aperta.