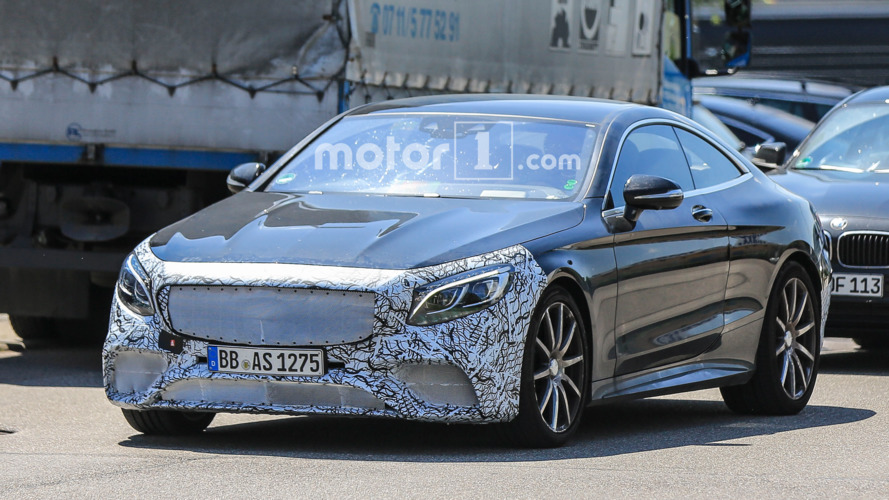 With its low-slung body and potent biturbo engine, the Mercedes-AMG S63 Coupe is the automotive equivalent of a shark that's ready to gobble up anything on the road. These spy shots suggest the two-door could get a new face with sharper teeth in the near future.

Mercedes' camouflage doesn't hide the major changes to this S63 Coupe's front end. Look through the mesh in the center, and you can see what appears to be the outline of vertical slats in the grille. This suggests the update might give the two-door a face more like the new AMG GT R. There's also a new lower air dam, which features strakes that cut the middle portion into three sections. The changes at the back appear much more minor because there looks to be just a new bumper. The camouflage hides the rear design details well, though.

The S63's 5.5-liter biturbo V8 should remain under the hood, but it might be slightly more powerful. Where the current one makes 577 horsepower (430 kilowatts), Mercedes could nudge the output closer to 600 hp (447 kW). Some tuners already make more than that figure with just an ECU upgrade, so it shouldn't be a difficult achievement for the engineers at AMG.

We would expect very similar styling upgrades eventually to show up on the S65 and AMG-tuned S-class convertible. These changes might not arrive in showrooms for about a year, though, because the current models are still so fresh. For example, the two-door S63 only debuted in 2014, and the cabrio appeared even more recently. 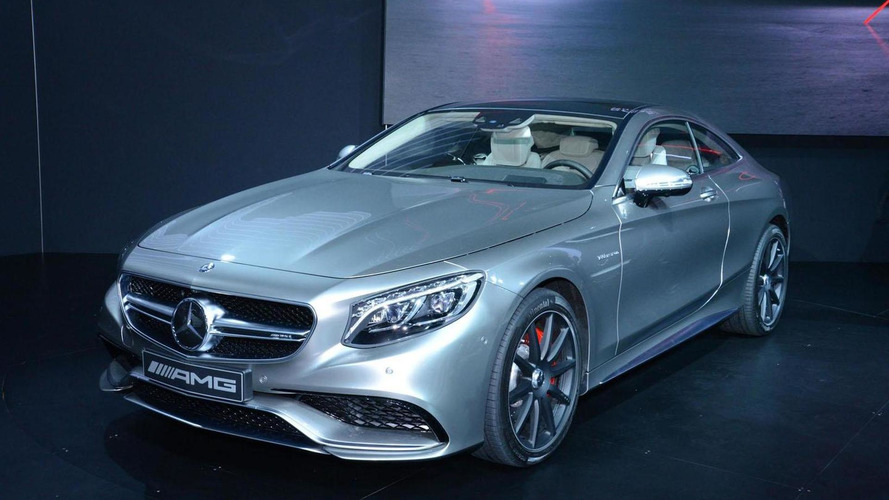