Wheels and tires stolen from 40 Cadillacs at Texas dealership 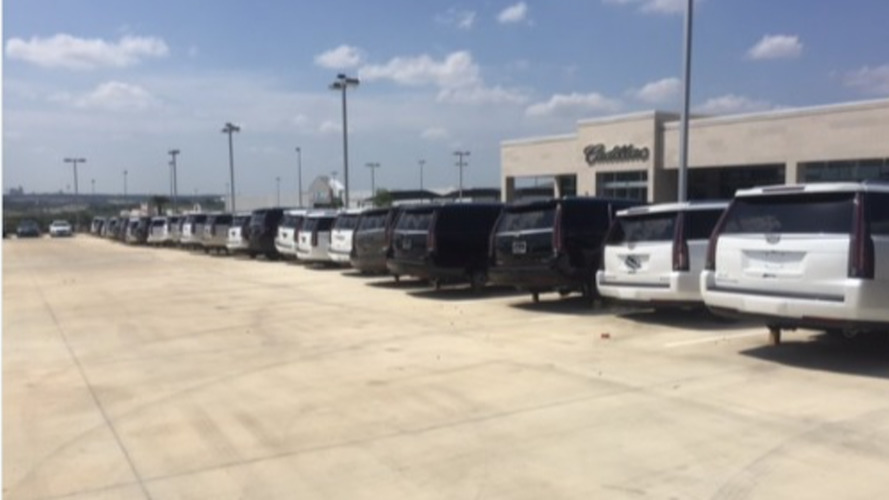 Theft may be linked to a string of similar incidents across the state.

Wheels and tires were stolen from 40 vehicles at a Cadillac dealership in Live Oak, Texas last weekend. The perpetrators are thought to be a professional criminal ring linked to a number of other, similar thefts across Texas.

The theft, at Cavender Cadillac, was discovered by employees when they arrived on Sunday morning, finding 40 cars - including the row of Escalades pictured above - on blocks.

The gang allegedly managed to cut the lights when they broke into the compound, but were caught on CCTV. They loaded the wheels and tyres into a large box truck before driving off.

Ric Griffin, general sales manager at Cavender Cadillac, called the incident "unfortunate," but noted the cars were otherwise undamaged. The dealership is working with its insurers to replace the wheels and tyres, and the process should be complete by the end of this week.

Live Oak Police Department believe up to four people were involved. A similar theft occurred in November 2015 when 45 sets of wheels and tyres were stolen from Ancira Winton Chevrolet in Leon Valley, Texas. According to LOPD Lt. Matt Malone, the thefts have been seen as far east as Houston, and potentially as far north as Dallas.

So, if you find a suspiciously inexpensive-looking set of wheels and tyres for a Cadillac for sale, you might want to be a bit cautious about them.