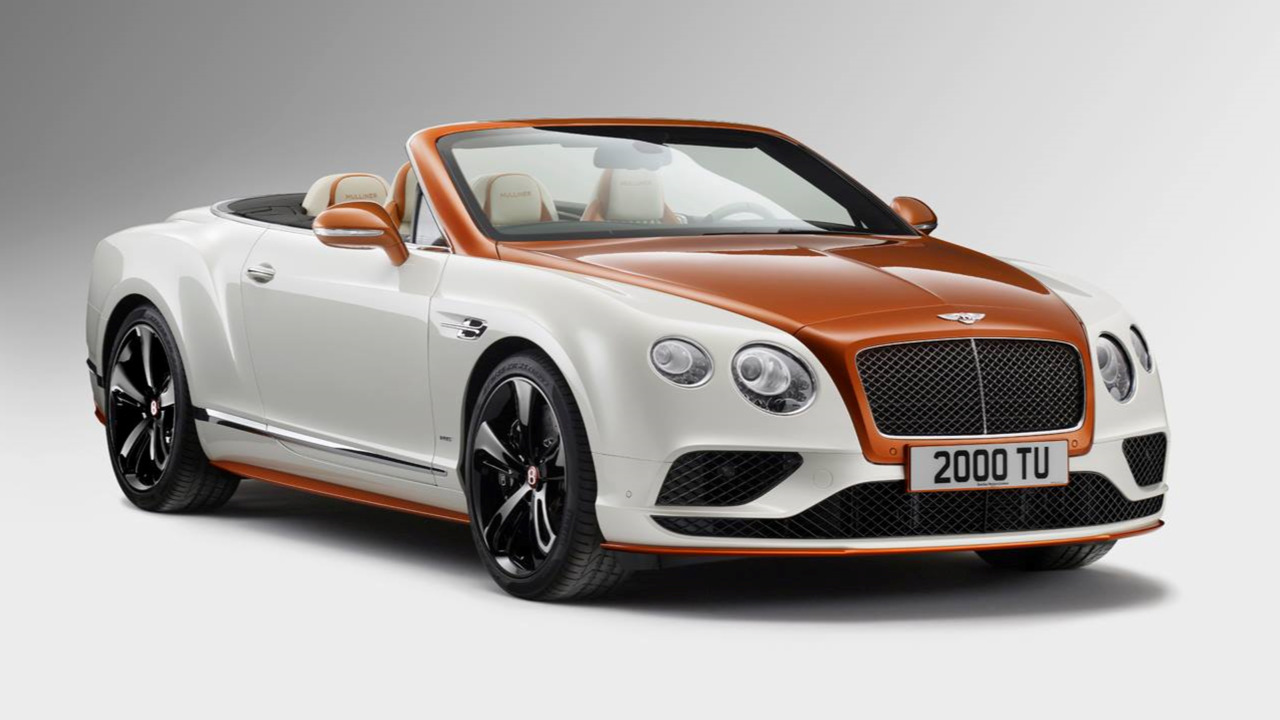 Mulliner personalization department shows off its skills with a new type of carbon fiber trim.

It seems the craftsmen and women of Bentley's Mulliner personalization department really can do anything.

Take this Continental GT V8 S Convertible, for instance. It's finished in Ghost White with Orange Flame hood, windshield surround and bodykit. Plus the interior feature sumptuous Linen upholstery with orange highlights, and the treadplates are back-lit in orange. It's a bit bold, but nothing out of the ordinary.

But look closer and your eye is drawn to the interior trim. It appears to be carbon fiber, but it's bright orange. It is, in fact, Sparkle Carbon and was designed by Mulliner to "emulate the organic color palette and mesmerizing movement of a flame." Quite.

It's woven from three different materials: carbon fiber, copper foil, and metal wire. Once cut and fitted, it's lacquered to a bring out the copper's natural reflectivity. This is deeply involved work.

The car was put together for display at the Geneva Motor Show last February. It was sold on the stand - Bentley won't say how much money was handed over for it. We don't know if Bentley has used Sparkle Carbon again since, but they will probably dig it out for anyone who asks nicely enough. While holding a bulging wallet.