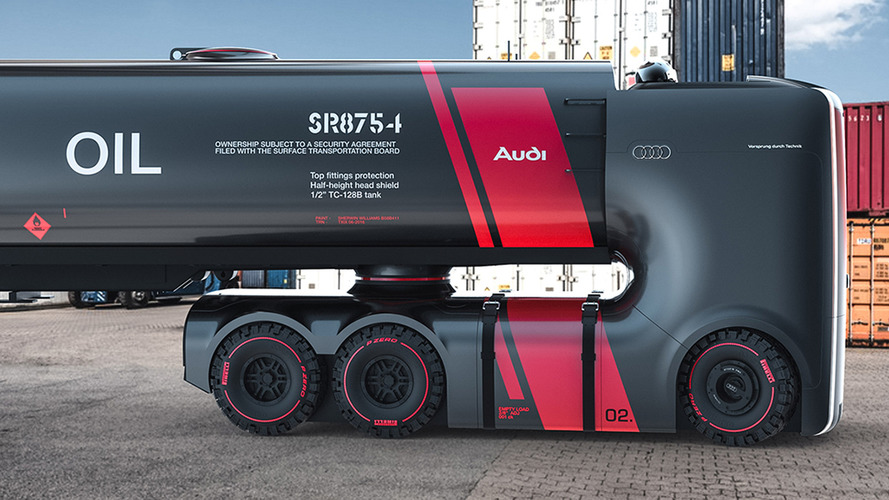 A futuristic masterpiece by two designers.

While Audi is best known for its performance cars and luxury limousines, the German company is no stranger to wild concepts. However, maybe it’s safe to say the automaker will probably never go as far as creating a truck, but this hasn't stopped two independent designers to create an impressive project for an autonomous electric truck for the brand with the four rings.

Artem Smirnov and Vladimir Panchenko teamed up to design the so-called Truck for Audi, envisioned in two different versions. The Plan A shows us an electric truck for highways with self-driving functions and features boxy design with smooth surfaces and extra-large windscreen. While it may seem aerodynamically unoptimized, several active aero elements take care of lowering the air resistance coefficient – such as the retractable spoiler on the trailer.

But, honestly, the Plan B is what we like more. It’s being described as an electric truck show car and is envisioned with Lego-inspired semi-off road wheels, incorporating electric motors. The batteries are attached to the chassis with belts at the lowest point of the semi in order to achieve the lowest possible center of gravity, compensating the high cabin. Speaking of it, this is where the concept gets really futuristic – drivers are placed on the roof and are controlling the machine by Formula 1-style steering wheels. Oh, and don’t forget those fighter-jet helmets.

Source: Artem Smirnov and Vladimir Panchenko via GearHeads and HiConsumption