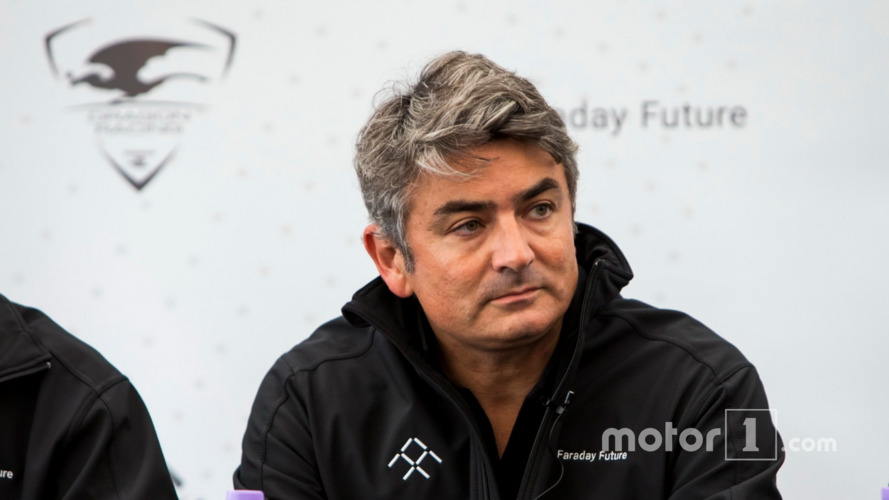 Mattiaci, who took over from Stefano Domenicali at the helm of the Scuderia in 2014, joined Faraday Future earlier this year in the role of Global Chief Brand and Commercial Officer.

Speaking to Motorsport.com, Mattiacci set out the reasons why the US-based EV and autonomous technology company has entered Formula E with Dragon Racing in a tie-up that was announced at Battersea Park last Friday.

“I think Formula E is a very important platform to progress our technology and to foster continuous innovation and R&D with some important cross-pollination to road cars,” said Mattiacci.

“It also really connects to the user and to a new young audience in city centres. It is a perfect fit.”

“It is an experienced team that has traditions of a great racing family [the Penskes] and it has a fantastic leader,” continued Mattiacci.

“It has great reliability, a good strategy and programme for the future so it was a natural fit as it is important to choose a partner that we believe in and bringing great experience."

Mattiaci’s brief at Faraday Future will be to enhance and promote the brand as it seeks to take on the likes of Tesla in the future electric and self-driving automotive industry.

“My arrival at Faraday Future is mostly focusing on building the brand and also commercial aspects,” confirmed Mattiacci.

“We want to create a company that in the next two years to make a breakthrough product and one of the best on the market.”

While the 45 year-old Italian will focus on this role, the technical and strategy elements will be overseen by Nick Sampson, who has motorsport experience via consultancy work with TWR Jaguar and RML.

Sampson also worked for Tesla Motors, where he was Director of Vehicle and Chassis Engineering.

Faraday Future is owned by Chinese technology giant LeEco, which recently expanded in to the US and India. The company is investing heavily in a new production plant in Nevada and has recruited over 700 staff since its formation in 2014.