Chevy Bolt prepares for duty as Opel Ampera-e in Europe 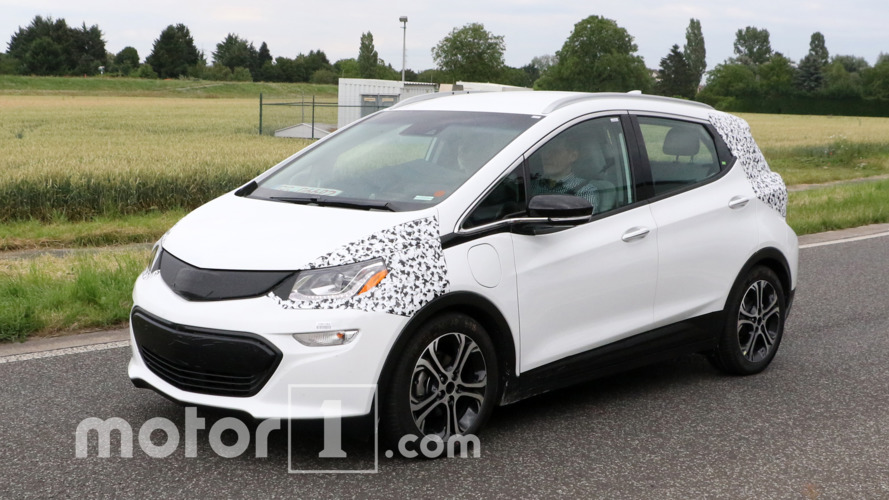 The 200-mile EV will debut in European spec at the Paris Motor Show this fall.

The Chevy Bolt will soon make its way across the Atlantic Ocean to join the Opel lineup, and these spy shots show our first real-world proof of the European-spec EV's existence. It'll be called Ampera-e when it goes on sale next year, and we should get our first official look at the long-range electric hatch when it debuts at the Paris Motor Show this fall.

Visually, the Ampera-e will have a couple of Opel-specific design cues and badges, but that should be all that differentiates it from the U.S.-spec Chevy model. The powertrain is expected to remain the same, with 200 horsepower (149 kilowatt) and 266 pound-feet (360 Newton meters) of torque coming from an electric motor. If the Chevy specs carry over, with the battery fully charged, the Ampera-e should be able to drive 200 miles (322 kilometers) on a single charge. Impressive.

In addition to this Ampera-e, the second-generation Volt is expected to join the Opel lineup, as well, simply called Ampera. (If you think Volt/Bolt is confusing in the U.S., try Ampera/Ampera-e.) Like this Bolt conversion, the Volt-to-Ampera transition should be nothing more than a rebadging, as well.