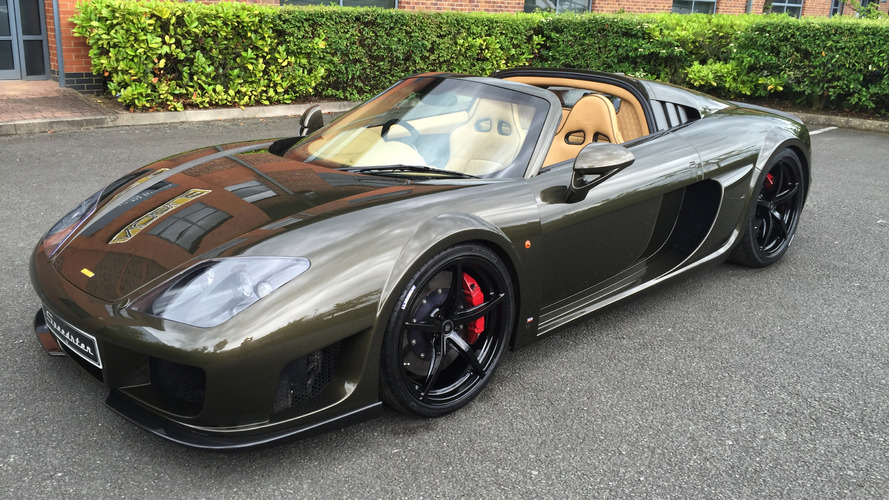 [UPDATE] Noble has reached out to confirm no price has been determined yet. The figures reported are speculative.

Noble has taken the wraps off its new Speedster.

Recently shown at the Goodwood Festival of Speed, the model was previewed by the Speedster prototype which debuted at Autosport International early last year.  Styling changes are limited but designers have tweaked the rear end of the production model so it's sleeker and provides improved cooling for the car's mid-mounted engine.

Speaking of styling, the Speedster has a removable targa roof that can be removed or installed within 30 seconds.  Unfortunately, there isn't enough room to store the roof in the car so consumers who find themselves at the mercy of a sudden rainstorm will have to make do with a canvas roof instead.

Power is provided by a biturbo 4.4-liter V8 engine which produces 650 horsepower.  It is connected to a sequential automatic transmission which promises to "make you feel like you are really driving it."  Detailed performance information hasn't been released but the powertrain should enable the car to hit a top speed in excess of 200 miles per hour.

Drivers looking to change the gears themselves might want to wait as Noble Managing Director Pete Boutwood has suggested the car could eventually be offered with a manual transmission if there is enough demand.