Mid-Engine Corvette Prototype Spied, Could Have Up To 500 Hp 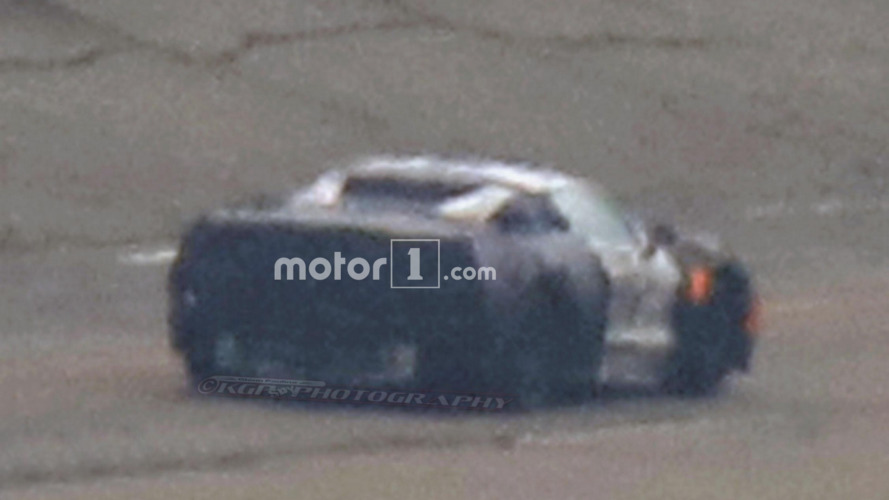 A mid-engine Corvette prototype has been spied at the Milford Proving Grounds.

Snapped during a rare daylight testing session, this particular prototype is notably more advanced than previous mules which were based on the Holden Ute.  Unfortunately, the pictures don't reveal much as they were taken from a mile away using a long-range lens and a 50.3 megapixel DSLR camera.

Despite the lack of clarity, the pictures reveal the model will have a rakish windscreen and a lower roofline than the C7.  The car also appears to have flying rear buttresses and an open section above the mid-mounted engine.  Sources have suggested the latter area will house a glass-covered engine bay.

Chevrolet has been going to some pretty extreme lengths to keep details under wraps but previous reports have suggested the car will have a pushrod V8 engine that produces between 450 and 500 horsepower.  It will eventually be joined by an all-new V8 engine which could have four cams and 32 valves.

The next-generation Corvette is expected to be introduced at the 2018 North American International Auto Show as a 2019 model.  Pricing will reportedly start at around $80,000 and easily climb into the six-figure range.