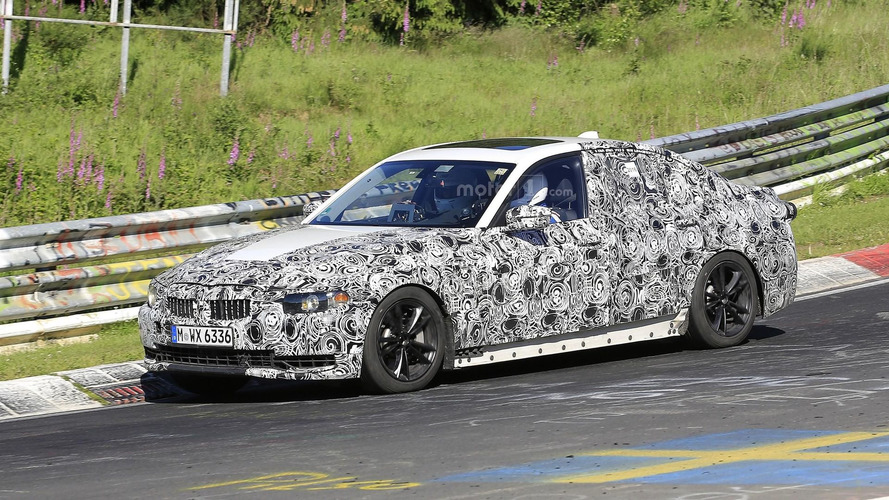 Early prototype of the G20 arrives at the Nurburgring for some testing.

Last time we saw the next-gen 3 Series Sedan it was freezing on Scandinavia’s frosty roads back in February and now BMW’s bread and butter is at the Nürburgring. As it was the case with the other car, we’re dealing with an early prototype, so it wouldn’t make sense to talk about the design since some of the parts are carried over from the current car while others are only temporary.

We could be dealing with a 340i model judging by the two exhaust tips, but you can never be too sure when talking about prototypes, especially those in the early testing cycle. Chances are the G20 generation will come with a slightly increased footprint taking into account BMW will unveil before the end of this year a 1 Series Sedan, so it will probably want to have enough room between the two.

While the 1 Series Sedan will adopt a front-wheel-drive layout, the next 3 Series will continue to feature a standard RWD layout and an optional all-paw xDrive configuration. Making its debut on the latest 7 Series, the CLAR platform will also serve as foundation for the new 3 Series which should lose some weight even though as we said before it will most likely be a tad bigger.

BMW will probably introduce the all-new 3 Series in the second half of 2017, quite possibly on its home turf at the Frankfurt Motor Show in September. It will go on sale before the year’s end and starting with 2019 it will also be manufactured in Mexico at a new factory in San Luis Potosí.