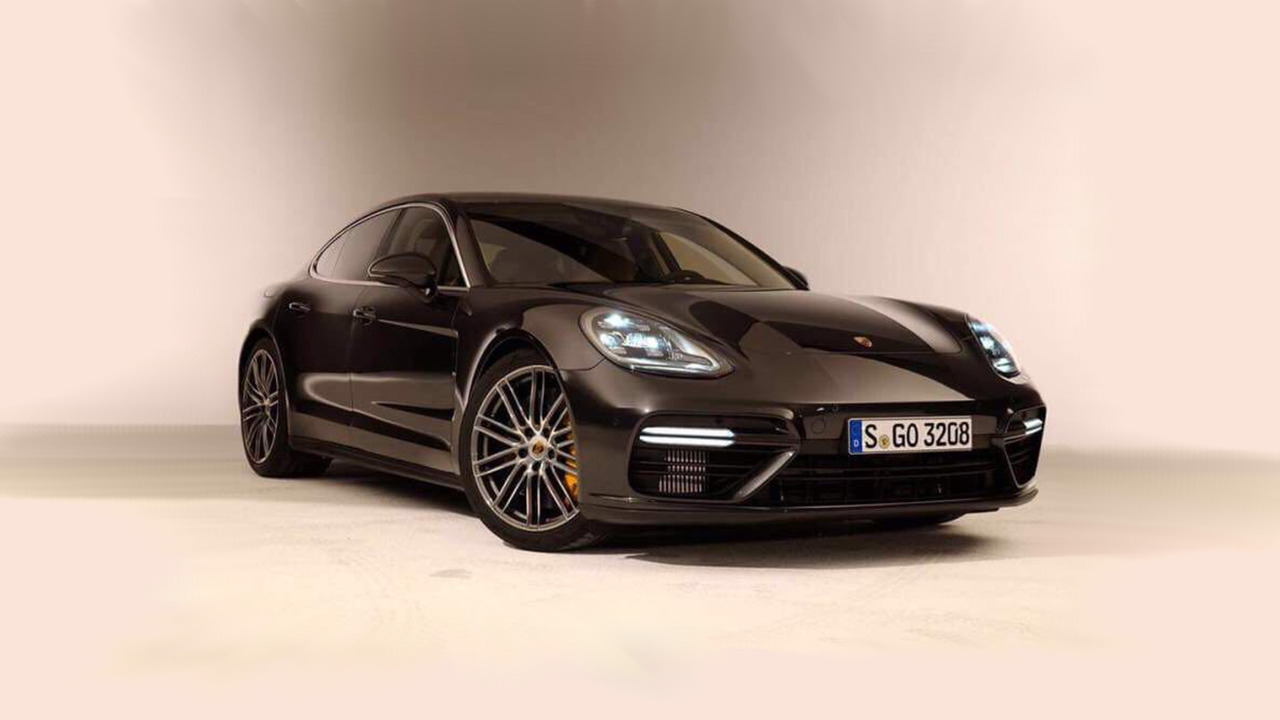 These are the best shots yet of the brand's upcoming sedan.

The next-generation Porsche Panamera debuts in Germany on June 28, but pics of the new Turbo are leaking onto the Web early. These photos give us an extensive look at the exterior and a glimpse inside. Best of all, we now know what's under the hood of the vehicle Porsche promises to be "the fastest luxury sedan on Earth."

The single engine photo confirms a 4.0-liter turbocharged V8 for power. The company largely hides the powertrain under the hood, but the dual plenums leading into the mill give it an aggressive look. While we don't know the engine's output in the Panamera Turbo yet, rumors of the sedan being significantly lighter could let engineers get away with less overall horsepower but still increase performance.

As a bevy of previous spy shots indicate, the new Panamera’s exterior maintains the previous generation’s basic shape. Up front, there are mean-looking LED headlights, and a double strip of LED running lights in the fascia. From the rear three-quarters perspective, the updated design looks svelte, especially the way the roof arches down to the trunklid. The rear photo shows the very thin taillights across the back. Further down, dual exhausts poke out of each corner, and there’s a diffuser in between them.

These photos don’t give us a close look at the Panamera’s capacitive buttons inside, but there is a fantastic view of the instrument cluster. The center tachometer is the only analog gauge. To its left and right, there are LCD screens for driver information. The picture of the backseat lets us see the sports seats for front occupants and the high-tech entertainment system for those in the rear.

The world is less than a week away from getting the official details about the second-gen Panamera. If you can't wait that long, check out Motor1's round up of everything we know about the new sedan so far.