BMW i8 battery EV in development 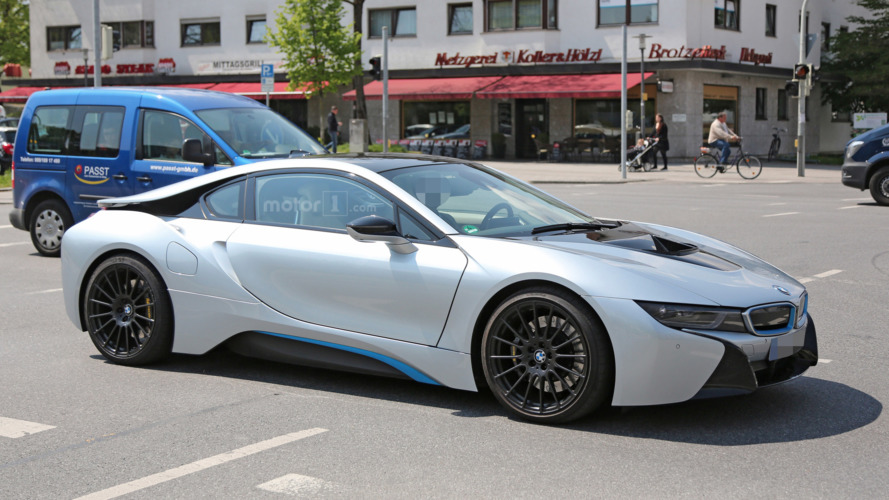 Pure electric BMW i8 expected to receive three electric motors, but only after the regular model’s facelift.

A new report from U.K. indicates BMW has plans for a pure electric version of the i8. In order to do that, the experts from Bavaria will first build a prototype to test the hardware and iron out all the issues in time for the production version. Interestingly, the all-electric model is expected to use an adaptation of the carbon fiber structure developed for the i8 hydrogen fuel cell prototype unveiled about a year ago.

That one had a wider central tunnel compared to the regular plug-in hybrid i8 because it needed more space to carry the cylindrical hydrogen tanks. For the pure electric i8, BMW has plans to ditch the hydrogen tanks to make room for the battery. Even though the i8 EV will have more battery packs than the regular model, sources close to the company have revealed the car will not be heavier than its hybrid sibling which weighs 3,273 pounds (1,485 kilograms).

Motivation will allegedly be provided by a trio of newly developed electric motors, with one of them sitting up front while the other two will be installed where the three-cylinder, 1.5-liter turbo engine is found in the standard i8. While exact details about the output of the electric motors are not known, some say each will be able to deliver as much as 268 hp.

It’s going to be a while until BMW will come out with the i8 EV because at first there’s going to be a facelift version of the regular model which will bring more power. Now it makes sense why the prototype we spotted at the end of March had extra cooling vents, to cool down the upgraded turbo 1.5-liter unit. Some tweaks to the electric motor are likely on the agenda as well and according to the rumor mill the combined output will increase by around 10 percent to 390+ hp.

Other goodies on the agenda for the facelifted i8 are the 26-Ah battery borrowed from the X5 xDrive40e, inductive charging, and a sportier suspension setup which will lower the ride height by 10 mm.

It’s unclear at this point when we’ll see the refreshed i8, but it’s probably due for 2017 and will be followed a year later by the already confirmed i8 roadster.