McLaren P1 LM is what dreams are made of

Basically a P1 GTR that you can legally drive on public roads.

McLaren Special Operations built 24 units of the P1 GTR, but some of the wealthy owners were not too happy with the idea of using their prized possessions exclusively during private track days organized by McLaren. That’s why these people gave Lanzante a call and asked them to convert the 986-hp machine into a hypercar with road-legal status.

Now, Lanzante has McLaren’s blessing to build five units of the P1 LM which is essentially a P1 GTR that can be driven anywhere. Besides these five cars, there’s a prototype dubbed “P1 XP1 LM” which will receive its dynamic debut on Sunday at the Goodwood Festival of Speed where it will be driven by Kenny Bräck.

The P1 LM serves as a worthy successor of the iconic F1 LM from the 90s, a special edition that came to life after Lanzante Motorsport triumphed at Le Mans with an F1 GTR. Five production cars plus a prototype were made and now it’s happening all over again with the P1 LM.

Road & Track got in touch with Lanzante and managed to find out all the spicy details. It’s going to match the P1 GTR’s 1,000 PS (986 hp) output thanks to an upgraded version of the biturbo 3.8-liter V8 engine and a modified hybrid setup. The engine bay will feature gold-plated heat shielding while Inconel is going to be used for making the catalytic convertor pipes and exhaust headers to shave off 4.5 kilograms (10 pounds). 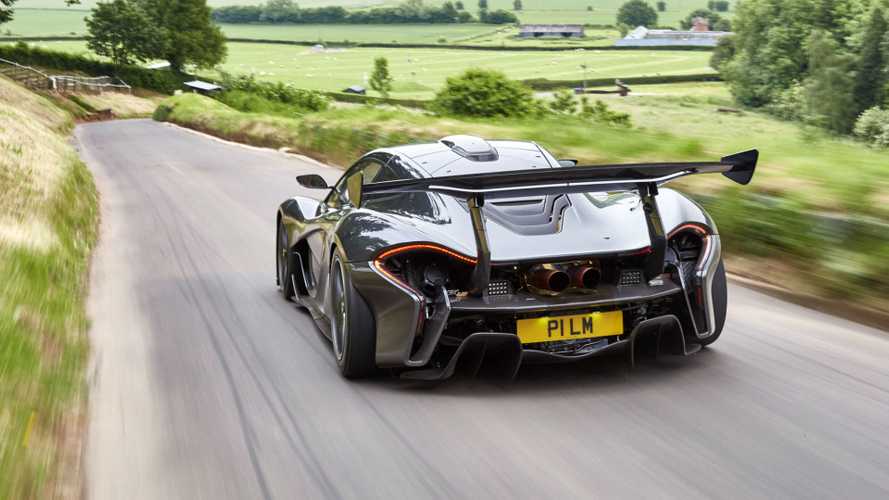 The diet doesn’t stop there, as Lanzante says the P1 LM is actually going to be 60 kg (132 lbs) lighter than the GTR after taking out some of the race parts. The LM’s body will be largely carried over from the GTR, but there will be a modified rear wing to boost aerodynamics. For the same reason, the LM version will boast a beefier front splitter and dive planes which will help improve downforce by 40 percent. In addition, the car is getting a fully-exposed carbon fiber roof while some of the other body panels will receive the same treatment.

Speaking of exposed carbon fiber, it will adorn the hypercar’s dashboard, headliner, center console, seat backs, floor mats, and the instrument cowl. If you’re still not convinced, Lanzante will throw in an air conditioning system to keep you cool while driving what we can only assume will be a sublime car. Interestingly, the leather-wrapped steering wheel will be derived from the one Lewis Hamilton used in his McLaren MP4/23 back in the 2008 F1 season when he won the World Drivers' Championship.

All five production cars will come bundled with a tool kit which among others will include a diagnostics tablet, a wheel socket, and a torque wrench. Lanzante will deliver the P1 LM with a battery charging system, a tailored car cover, and will also hand out a 1:8 scale model together with a framed rendering.

If you do have plans to attend Goodwood, you’ll also have the opportunity to check out a P1 GTR featuring a special livery celebrating four decades since James Hunt won the F1 drivers’ title.