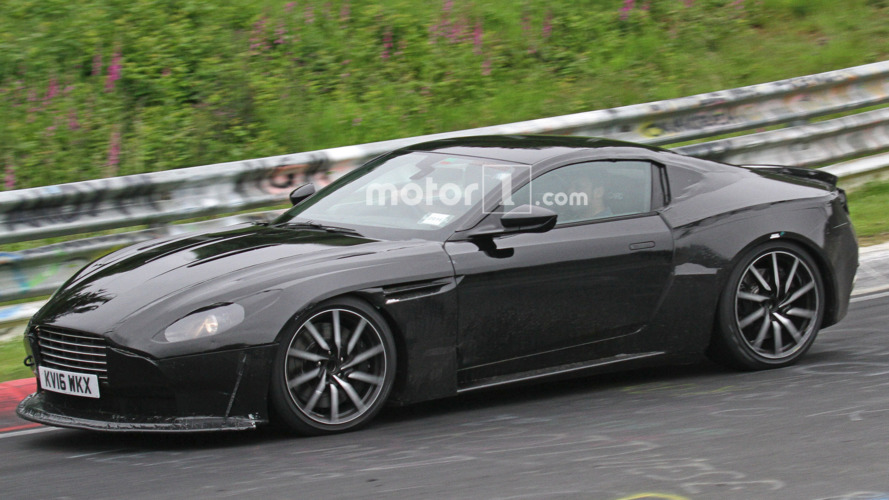 Could be introduced in the fall of 2017.

Aston Martin's product revival is kicking into high gear as spy photographers have snapped the first photos of the next-generation Vantage.

Clearly in the early stages of development, the model resembles early prototypes of the DB11.  However, this car is significantly shorter which indicates it's a successor to the aging Vantage.

The car's styling will likely follow in the footsteps of the DB11 but reports have suggested the new model will be lower and wider than the current Vantage.  We can also expect a handful of styling tweaks to help differentiate the two models.

The interior is expected to be heavily influenced by the DB11 but that isn't a bad thing as we can expect higher quality materials, a digital instrument cluster, and a modern infotainment system with an eight-inch display.

Two different biturbo engines will be available including an AMG-sourced 4.0-liter V8 and a new 5.2-liter V12.  The latter engine went into production earlier this week and develops 608 horsepower and 516 pound-feet of torque.

The redesigned Vantage is expected to be introduced in the fall of 2017.  It will be followed by a roadster which is slated to arrive less than a year later.