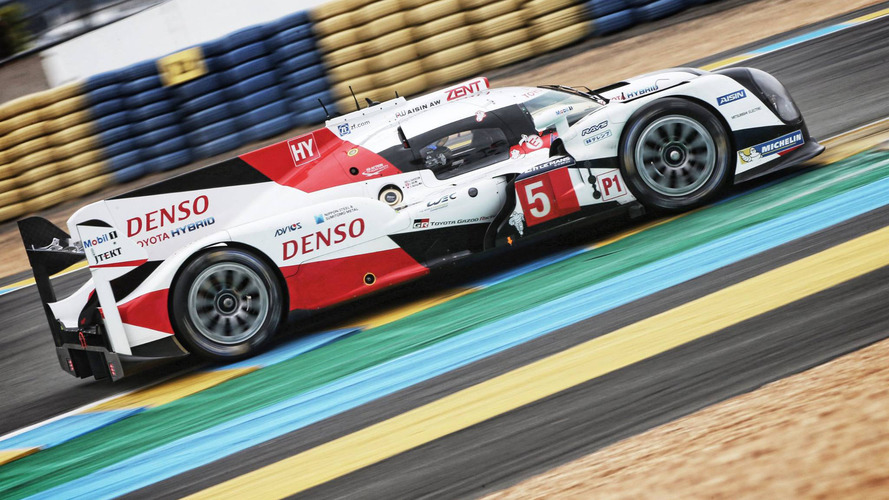 Is there any greater motorsports heartbreak than a mechanical failure on the last lap of a 24-hour race? And is there any more impressive display of sportsmanship and compassion than Porsche’s heartfelt congratulations to the Toyota Le Mans team after this weekend’s endurance race?

In a post on social media, Porsche acknowledged Toyota’s impressive performance at the 24 Hours of Le Mans – even though a turbocharger problem caused one of Toyota’s TS050 race cars to slow on the last lap, letting a Porsche snag the race victory.

“Competed together for 24 hours. Head to head for 24 hours. Gained our respect forever,” reads the post, which features a photo of the #5 Toyota TS050 racer that slowed to a near-stop on its final lap.

Porsche officials echoed those sentiments in France after the race. Fritz Enzinger, head of the Porsche LMP1 division, said in a statement, “I would like to express my respect for the sensational performance which Toyota gave in this race. It was a great fight with them.”

Toyota Motor Corporation president Akio Toyota similarly acknowledged the heated competition at Le Mans. “I would like to express my gratitude to all of the cars and drivers who fought alongside us on the track at Le Mans; particularly Porsche and Audi,” he said in a statement.