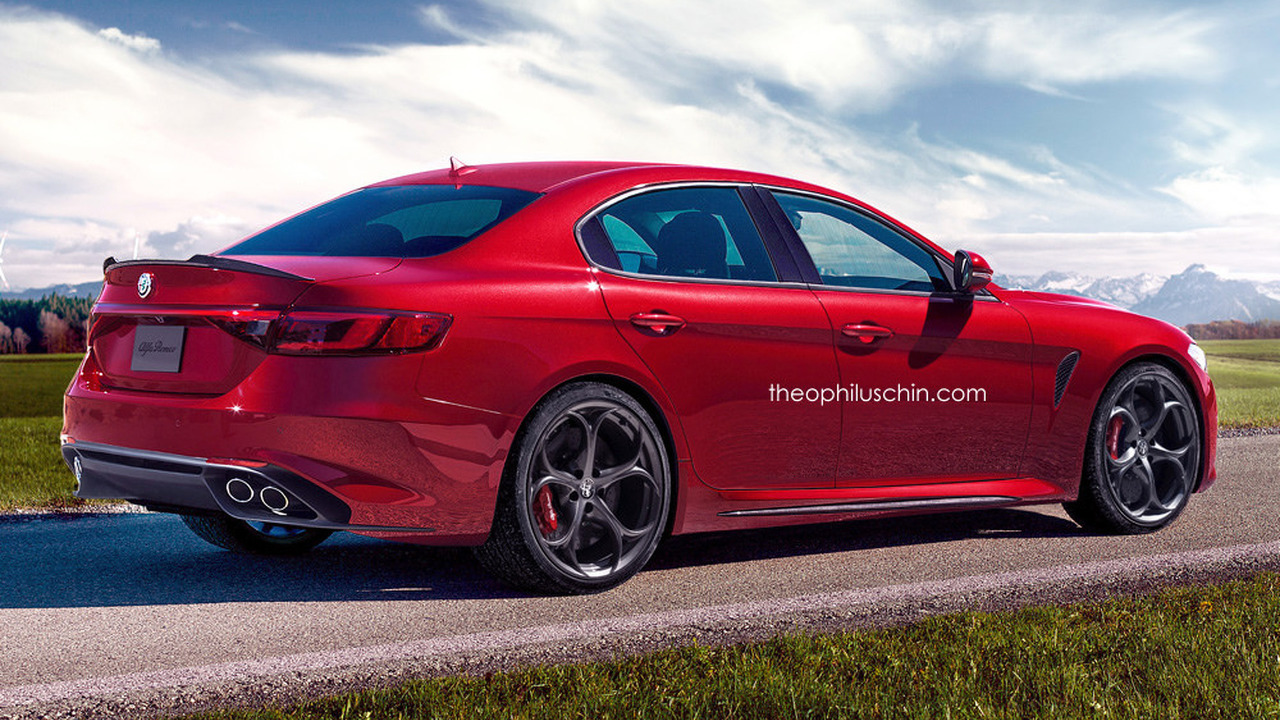 Alfa Romeo’s production invasion will continue with the brand’s first-ever SUV next year, but the Italian company is also working on a strong BMW 5 Series, Mercedes-Benz E-Class, and Audi A6 rival. FCA’s technology officer Harald Wester believes Alfa owes investors “a constant stream of new, fresh global products that can be sold,” so it will be “relatively fast sequence of relevant and saleable products like saloons and SUVs.”

This brand new product will be based on the same platform that underpins the recently launched Giulia sedan and is believed to hit the market in late 2018. Given that, the two sedans will share the same engine lineup with the 2.2-liter diesel and 2.0-liter petrol engines expected to be core choices. The gasoline motor, according to Wester, has plenty of tuning potential, so it could be boosted to more than 250 horsepower (184 kilowatts).

The Giulia QV’s 2.9-liter biturbo engine will also eventually find its place under the hood of the new range-topping sedan. Also, the company’s first-ever V6 diesel unit will be introduced with the vehicle – likely a retuned version of Maserati’s V6 diesel.

The new sedan will also mark the arriving of electrified technologies at Alfa Romeo. This was confirmed by the manufacturer’s European boss Fabrizio Curci, who told AutoExpress “the platform is built to support whatever kind of electrification we do. It can support everything from plug-in hybrid to full electric.” Also, the architecture supports four-wheel drive, and semi-autonomous driving technologies.