Next Volvo XC60 spied and rendered 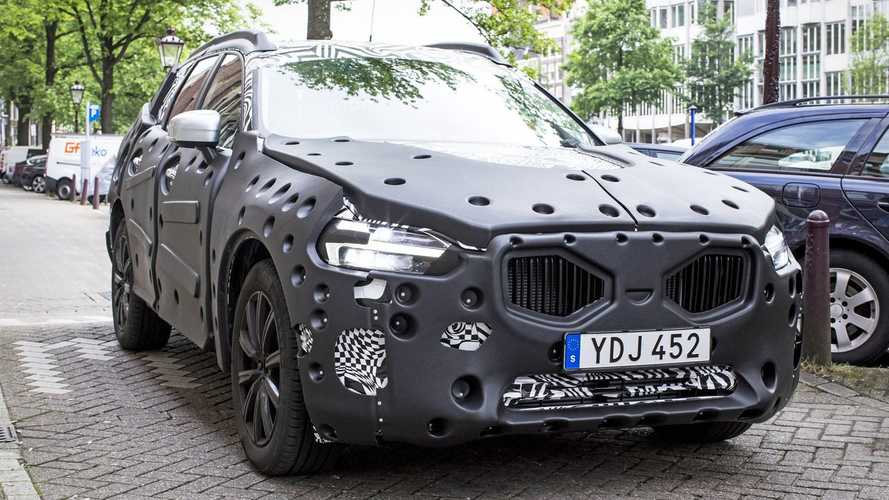 We try to imagine what's hiding underneath the blocky disguise.

It’s the same heavily camouflaged prototype spotted earlier this week in Amsterdam, only this time we have better images of Volvo’s brand spanking new crossover. The Thor’s Hammer LED headlights are already visible while the back of the vehicle shows the traditional vertical taillight arrangement.

Looking at these spy images it’s difficult to say whether the new generation will be larger than today’s model, but seeing as how the XC90 is longer and wider than its predecessor, most likely the next XC60 will grow in size as well. With the first-ever XC40 on its way, it would make sense for the Geely-owned marque to make the XC60 bigger, so there would be enough room between the two models.

We also have a speculative render to share as we decided to use our crystal ball and see into the future. The second half of 2017 to be exact, as chances are Volvo will introduce the second iteration of the XC60 in a little over a year from now and put it on sale as a 2018MY. It remains to be seen whether the real deal will be closely related to our digital design exercise which looks basically like a downsized version of the XC90.

The design won’t be the only thing the XC60 will borrow from its bigger brother since the two SUVs will also share the same SPA platform. Consequently, it means the new high-riding Volvo will be powered by roughly the same assortment of engines and there will also be a plug-in hybrid model.

Polestar will probably work its magic and come out with a more potent version, but you’ll have to settle for a four-cylinder engine since Volvo has made it clear there won’t be any large engines in the future. On the contrary, the Swedes are downsizing and are working on a three-cylinder gasoline engine which will be electrified to power small and compact models.