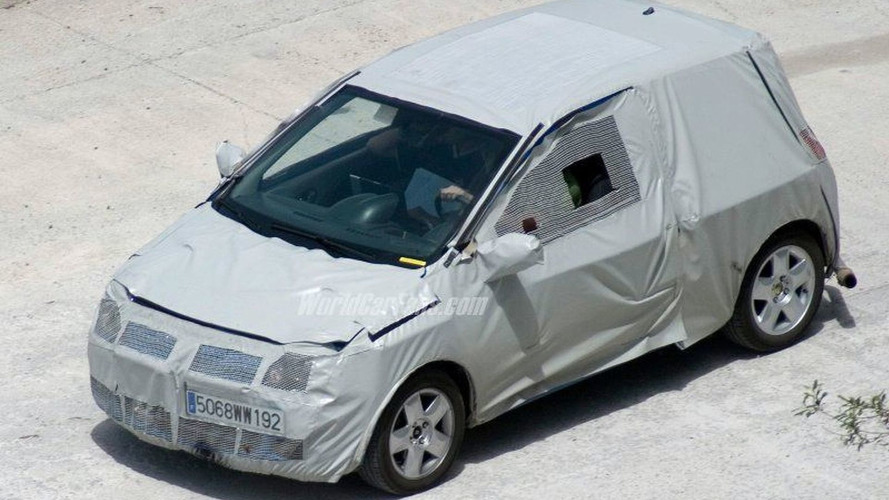 The Twingo will be considerably smaller than the Modus, as well as the Clio, and shorter than the booted Logan. Our illustration suggests it has a "face" as unique and instantly-recognisable as its predecessor's.

The new Twingo has been a long time coming - and it's still a while off yet. New Renault boss Carlos Ghosn - a hard taskmaster who will not sign off any vehicle for production unless it is a dead cert to make a big profit - is reported to have sent Renault's design and development team back to the drawing board two years ago. The Twingo was always Renault's entry-level model; a cheap, roomy little runaround distinct from the Clio in the same way that the Ka is distinct from a Fiesta.

Renault, however, had planned to take it further upmarket and make it more luxurious. Ghosn is said to have argued that this would interfere with Clio sales and that the proposed design was not sufficiently characterful. Whatever the truth behind this, we're unlikely to see a production version until at least 2007, suggested by the level of disguising on this prototype.

Renault also has to distinguish the Twingo from its new budget saloon, the stripped-out Logan, and its affordable Modus MPV - all models based around the same Clio underpinnings, shared with the Nissan Micra. Its body shape, under all the plastic, looks a lot like that of the Modus: a mini-MPV, one-box cabin, similar to that of the ground-breaking original Twingo. It will, however, be considerably smaller than the Modus, as well as the Clio, and shorter than the booted Logan. Our illustration suggests it has a "face" as unique and instantly-recognisable as its predecessor's.