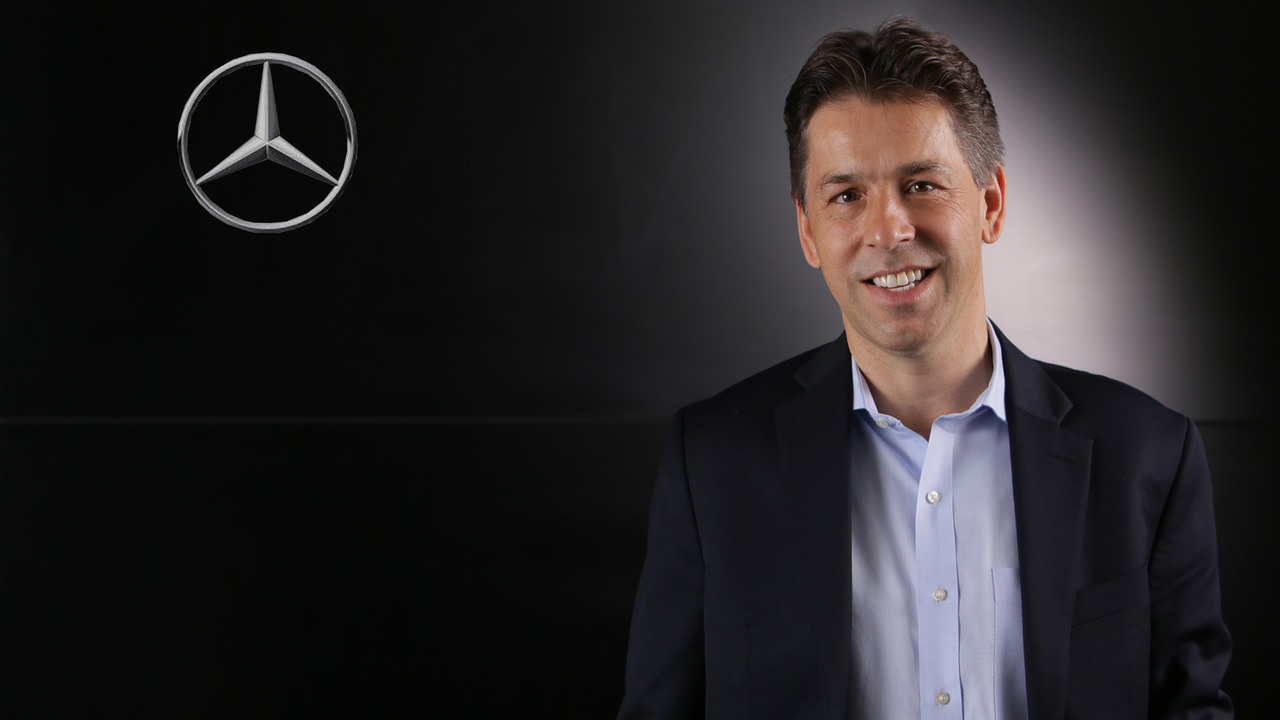 Whenever someone asks his thoughts on autonomous cars, Mercedes-Benz USA CEO Dietmar Exler explains it in simple terms. On the way to work, in thick traffic around Atlanta, Georgia, he’d love for a car to take over. Yet when he leaves home in his SL63 roadster on a Sunday morning, Exler admits he wants to mash the gas and get a little squirrely under his own control. Autonomy “will have its place,” he says, but “it will have times where we want to turn it off and enjoy.”

Exler, 47, became president and CEO of Mercedes-Benz USA in January, after serving as vice president of Mercedes-Benz Financial Services from 2010. While in California to drive the 2017 Mercedes E-Class – check back soon for our full review – we had a chance to ride with Exler and chat about the luxury-car business.

The good news, he says, is that young people will still buy cars. Though researchers had feared Millennials – those born after 1980 – wouldn’t drive in the same numbers as their elders, that hasn’t proven true. “People just postponed buying a car, very often just the same as they postponed getting married,” he says.

For Mercedes, the Certified Pre-Owned program remains important because it’s a more affordable entry point to the brand for younger customers; Exler says Mercedes’ CPO program outsells Audi’s and BMW’s. Leasing is also very important for Mercedes, with it accounting for about half of all sales. “We think that will continue,” Exler says. “It naturally continues in the luxury market.”

Mercedes’ Certified Pre-Owned program outsells Audi’s and BMW’s. Leasing is also very important for Mercedes, with it accounting for about half of all sales.

The luxury market is getting more and more crowded, of course, both as mainstream automakers build more luxurious models, and as they launch startup brands, like Hyundai’s Genesis. That competition can be a good thing to keep an established luxury company on its toes, says Exler. “There is something we all like [about] the story of the newcomer, the challenger… We need to be a little bit humble. We should get a kick in the butt if we get complacent.”

Mercedes is, like most other automakers, seeing consumer preference move from traditional cars to SUVs. Cars currently make up about 53-55 percent of the company’s sales, and that number is sure to go higher. “It’s not going to go to 100 percent SUVs… But two-thirds of the industry could go to pickups and SUVs.” There’s no SUV equivalent of an S-Class Cabriolet, for instance, so some Mercedes “dream cars” will always lure shoppers more than crossovers.

As to what makes a flagship SUV, Exler says the GLS is essentially the equivalent to the S-Class sedan, as the naming convention implies. He also cautions that a model like the long-rumored Maybach SUV might not make any sense to American drivers: Why pay so much money for a roomy back seat in an SUV if you’ll always be in the driver’s seat?

“The U.S. is not necessarily a chauffeur’s market. They like to drive themselves,” he said, whereas Chinese buyers might adore a Maybach SUV. Still, Exler says, “There are certain ways to go with Maybach that could be for drivers.”

Whether they want a car or an SUV, Exler says that car shopping (especially in the luxury segment) is far from a rational decision. “In L.A., people drive G-Wagens in crazy colors because they want to be seen,” Exler says. “We need to make sure we don’t forget about the emotional connection.”

The biggest transition of all facing Mercedes, though, is the rise of autonomous cars. Where some automakers are expecting an all-or-nothing changeover, Exler says Mercedes is a little more cautious.

“We’re not going to have a big bang… I think customers want to have a choice,” he says, suggesting that autonomous and human-driven cars can coexist. Either way, he expects big disruption in the car industry.

“It will open up new business opportunities, it will change existing businesses fundamentally,” Exler says. “Like I don’t know if you want to pay a million bucks for a cab driver [medallion] license in New York anymore.”