Motor1’s Man About Town digs into Tesla’s most recent scandal.

The truth cannot be parsed.

Half-truths are not true, and even if they are, they are also half-lies, especially if they are used to manipulate the real truth. Such is the case of Tesla Motors and the ongoing saga behind its potential suspension problems and the reaction from its top official, Elon Musk.

For those not in the know, last week, a story from The Daily Kaban by Edward Niedermeyer titled “Tesla Suspension Breakage: It’s Not the Crime, It’s the Coverup” ripped through the Internet. It had two major claims: 1) There might be a problem with Model S steel ball joints and control arms. One ball was excessively worn for a car with just 70,000 miles on it, and the owner was told that the wear was not normal. 2) The owner was told since the car was no longer under warranty, Tesla would pay for half of the $3,100 repair if he signed a nondisclosure agreement, dubbed a “Goodwill Agreement.”

The story goes into depth with the wording of the NDA and penalties people could face. In essence, given the wording of the NDA, people might not be able to report a suspected safety violation of their Tesla to the National Highway Traffic Safety Administration, the governmental arm that oversees recalls and investigates vehicle problems.

This is where things start to get strange. 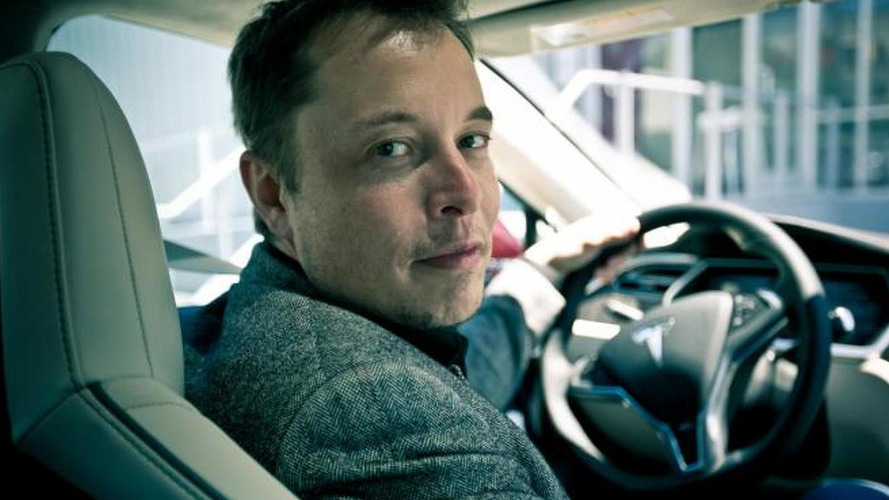 Musk wants to cast Niedermeyer as a slimy Gordon Gekko working stock schemes to short Tesla and cash out the profits.

After the story gains traction, Musk, who has berated reporters before and has a cult following of owners and sycophants, vilified Niedermeyer with innuendo while throwing out more confusing information.

Said Tesla’s PR Team, guided by Musk, in a blog post: “We don’t know if Mr. Niedermeyer’s motivation is simply to set a world record for axe-grinding or whether he or his associates have something financial to gain by negatively affecting Tesla’s stock price, but it is important to highlight that there are several billion dollars in short sale bets against Tesla. This means that there is a strong financial incentive to greatly amplify minor issues and to create false issues from whole cloth.”

Now Musk wants to cast Niedermeyer as a slimy Gordon Gekko working stock schemes to short Tesla and cash out the profits. Automotive journalists around the globe laughed out loud at the idea any of us having enough money to do such a thing. We barely have enough cash for socks, much less stocks. Additionally, Niedermeyer has since stated publicly he has never owned Tesla stock.

Niedermeyer told me he has faced relentless attacks since the story ran.

“I’ve taken controversial positions before, but this is definitely at a level I have never seen before,” he said. “The one thing that bothers me the most is that they push you to the point where you just want to become a hater too.”

Check out his Twitter feed to see some of the Teslaphants blasting him, taking everything Musk alludes to as fact. To his credit, Niedermeyer handles himself pretty well.

As for the axe Niedermeyer is grinding, that stems from his time at The Truth About Cars and the website’s infamous death watches. The brainchild of Robert Farago, the website’s founder, there were various deathwatches for General Motors, Chrysler, Ford, and Tesla among others.

Niedermeyer did contribute a few stories to the Tesla death watches when the stories were assigned to him, but when he became the editor-in-chief of the site a few years later, he ended the Tesla deathwatch in 2009 when the company delivered its 100th roadster. When he ended all of the watches in 2010, he wrote, “Over the years, the Deathwatch label has been a challenging mistress, often confusing readers as to TTAC’s intentions: though they were intended to document the slow-motion bellyflop of America’s automakers, they’ve often been interpreted as a sign that TTAC actually wishes tragedy upon the automakers.”

In fact, Niedermeyer says he has always been a fan of Tesla for shaking up the auto industry and creating its world caliber vehicles. 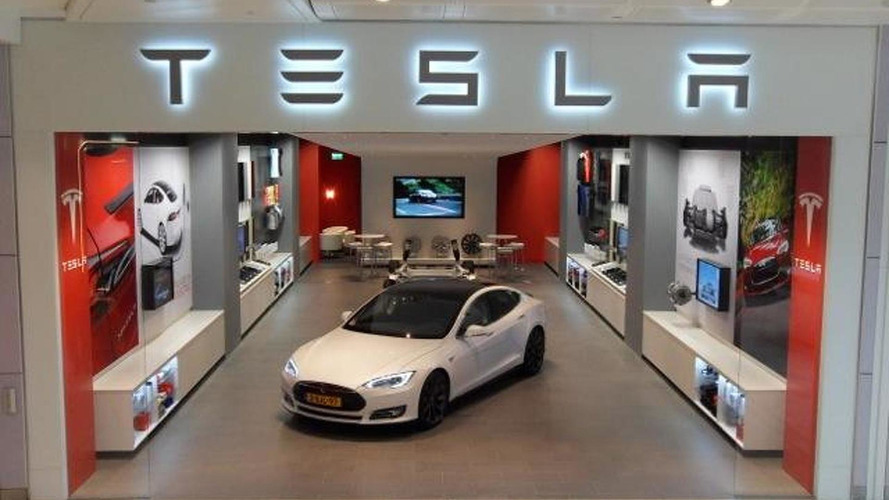 Niedermeyer’s work also shows there has never been any axe to grind. When Tesla released its patents to the public, Niedermeyer wrote, “Musk has monetized the public perception that change in the car business is long overdue.” He has called the Model S execution “brilliant” and last year wrote, “If Tesla’s astonishing rise proves anything, it’s that there’s a deep public desire to see automakers taking big risks to make the world a better place.”

Surely, Musk would have known all of this too, if he had spent time digging up alleged dirt to expose Niedermeyer’s alleged bias. But when dealing with half truths, facts don’t matter as much, such as the fact that two years ago, Tesla invited Niedermeyer to its headquarters, and the company didn’t even ask him to leave his axe at home.

Musk knew that anything disparaging he claimed would get amplified by the his twisted virtual mob. The attacks were so brutal that even the conservative Automotive News compared Musk to presidential candidate Donald Trump with his ability to deny the undeniable.

Look, there really was a bad ball joint. NHTSA really is examining data provided by Tesla and it will determine if something needs to be done. Tesla has been good with this in the past, and there’s a reason that Tesla customers are some of the most satisfied in the world, even when the Model S was pulled from Consumer Reports' recommended lists. Tesla seriously cares.

But in this case, Niedermeyer is right. The NDA is disturbing and something no other carmaker would consider. NHTSA officials called the wording “troublesome” and took Tesla to task. Tesla, in turn, changed the wording of it. Not out of benevolence, but because NHTSA said so.

Once again, this could have been easily handled. Admit the company was wrong, fix it and move on. Instead, Musk hems and haws around the issue, attacking a reporter and filling the conversation with unsubstantiated speculation purposely crafted to question the reporter’s motivations. It’s shameless. 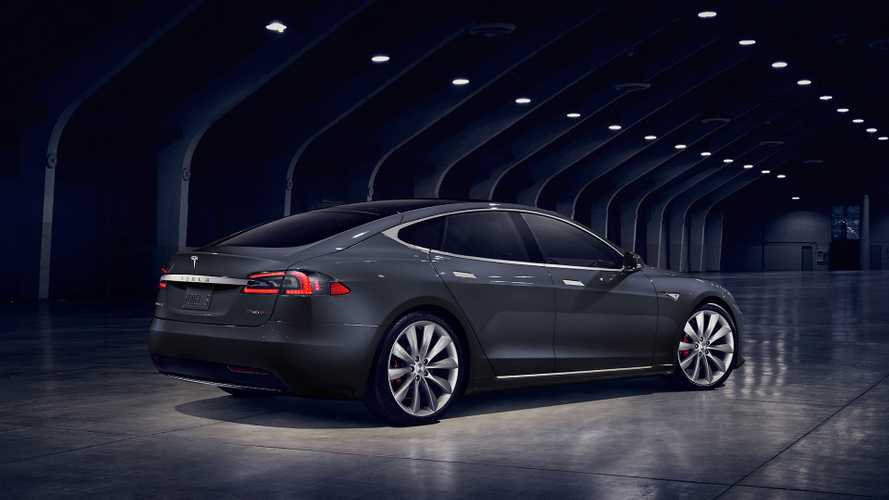 To attack someone’s integrity with baseless half-truths or outright lies due to your mistakes is simply bullying someone for pointing out a flaw.

“We will take a look at this situation and will work with NHTSA to see if we can handle it differently, but one thing is clear: this agreement never even comes close to mentioning NHTSA or the government and it has nothing to do with trying to stop someone from communicating with NHTSA or the government about our cars,” Musk’s team said in the blog post. Yet another half-truth. Technically, he’s right. NHTSA is not mentioned. But the agreement is pretty clear: Tell anyone and you are screwed. One more thing, and it may be a technicality, but by saying “anyone” that actually includes NHTSA, the President, and everyone else. This is how pronouns work.

Furthermore, Musk muddies the waters even more with his Twitter account, sending out tweets saying 37 of 40 Model S complaints were fraudulent and another tweet on Friday that said “NHTSA confirmed today that they found no safety concern with Model S suspension and have no further need for data from us on this matter.” It purposely sounds as if the case closed.

But it’s not. NHTSA may not need any more data from Tesla but it has not confirmed anything other than it is looking into the matter. It is still looking into it. It may take weeks. It may tell Tesla that it looks like it installed one bad part and there doesn’t seem to be a problem. It may tell Tesla that the suspension was poorly engineered and the company should recall every Model S. You can bet every Bitcoin in your pocket that Tesla already knows how many bad ball joints it has repaired. It could release that data today.

Musk’s hypersensitivity to criticism is monumental. And it’s almost understandable that anyone would want to put their company in the best light possible. That’s just good business. But this immaturity will continue to hurt the company’s credibility, and it’s only going to get worse. Right now, Tesla builds a niche product for rich people. If and when the Model 3 arrives and Tesla produces them for the masses, there’s going to be a lot more customers with problems. Berating them or journalists who point out these issues will require a full-time staff.

To attack someone’s integrity with baseless half-truths or outright lies due to your mistakes — and the nondisclosure agreements were a mistake — is simply bullying someone for pointing out a flaw. Unleashing the Teslaphants, which are as predictable as the sunrise, only attempts to shout-down the real truth.

A thank you card would have been smarter.