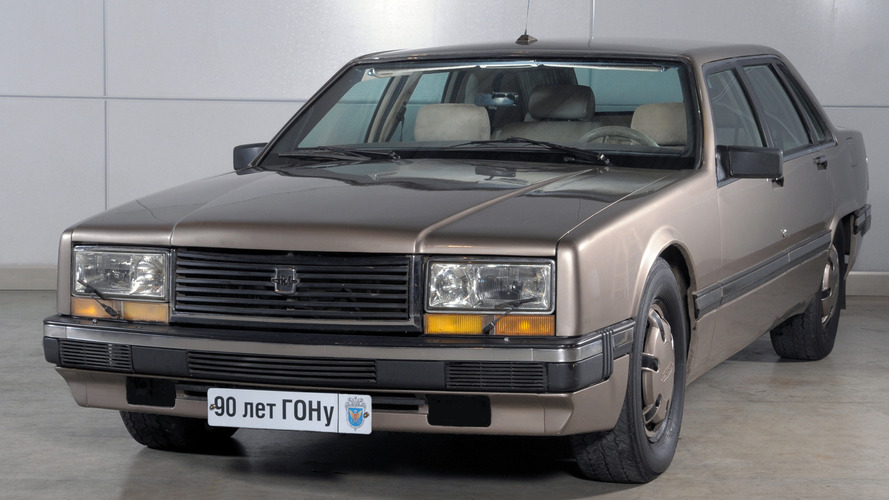 We are back to Soviet Russia, where we will meet the super luxury ZIL-4102 in our weekly Soviet Bloc cars series.

The 4102 was designed as a successor of the 41047 that served as an official vehicle for many country leaders in Soviet Russia. Unfortunately, it never reached production as Mikhail Gorbachev, a former Soviet statesman, wasn’t too impressed with the final result and disapproved it.

There’s no official information about the engines of the 4102, but, according to many sources, it was constructed with three different engines in mind – a 4.5-liter V6, a 6.0-liter V8, and a massive 7.0-liter V8 diesel. Five-speed manual and four-speed automatic transmissions were designed, sending power to the front wheels.

Considering the average level of engineering quality among mass vehicles in Russia, the 4102 is a real masterpiece. Not only it was good-looking, but it also featured several body parts made of carbon fiber (!), such as roof panels, trunk lid, hood, and bumpers.

Speaking of the design, the 4102 was highly inspired by large luxury Japanese vehicles of that time – you can’t help but notice the resemblance to the first generation Lexus LS and some Mazda models. Add a bit of Cadillac cues to the mix and you’ve got a vehicle, designed to battle the Mercedes-Benz W126 and W123 that were quite popular in Europe.

It was also the first Russian car that did not use body-on-frame construction and instead used unitized design. Weighing half a ton less than its predecessor, the ZIL-4102 was capable of reaching 62 miles per hour (100 kilometers per hour) from a standstill in 10.5 seconds. Fuel consumption of the V8 petrol versions was rated at 13 miles per gallon (18 liters per 100 kilometers) at 56 mph (90 kph).