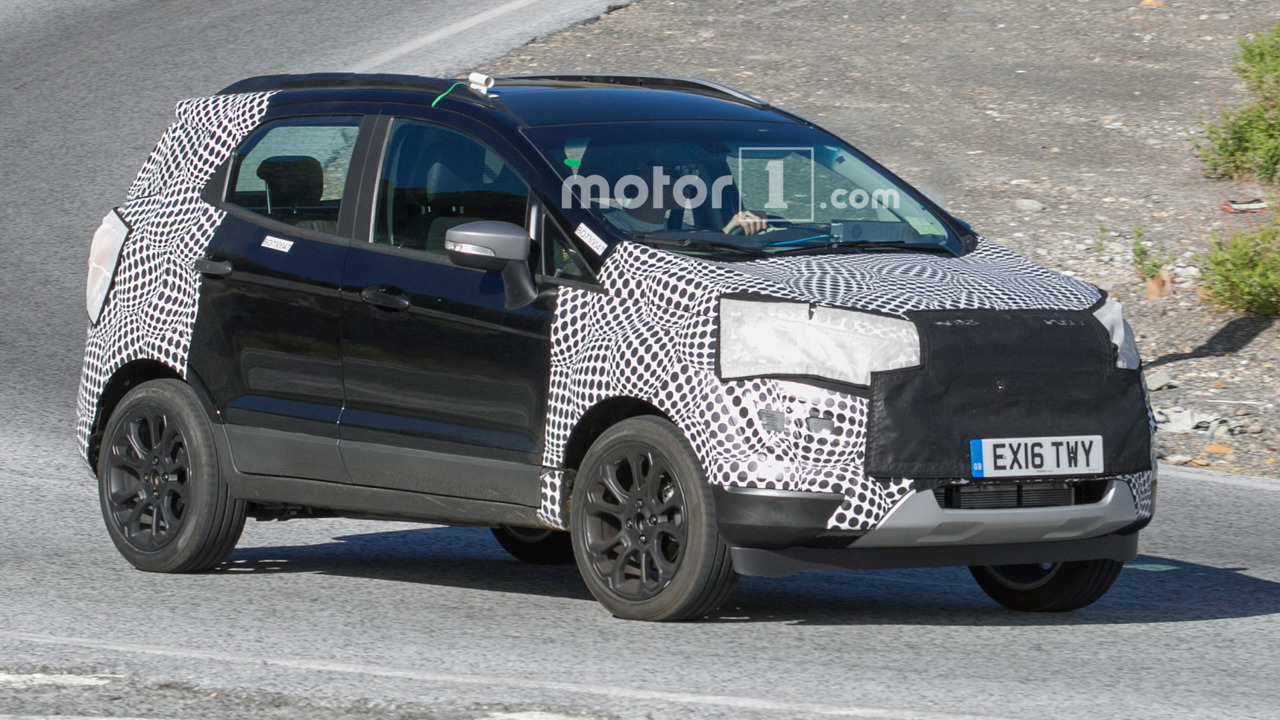 Could it reach the U.S. market?

The small crossover segment in Europe is still the fastest growing class with more than 30 percent growth in the first quarter of this year and many manufacturers are trying to steal a piece of the pie. Two French models are dominating the market, the Renault Captur and the Peugeot 2008, followed by the Opel Mokka and Dacia Duster. Ford’s smallest SUV – the tiny Fiesta-based EcoSport, takes the 10th position with nearly three times less sales than the leader.

This fact is not making the Blue oval’s bosses happy and the company is preparing a second facelift for the model to keep it fresh and competitive. Last time the EcoSport was refreshed, it gained a better interior equipment for the European market and lost its spare wheel on the boot lid. Now, the model is set to receive some more visual improvements, such as revised front fascia and new headlights, while a set of bigger alloys is also in the cards. The spare wheel on the tailgate will remain a free option.

The larger exhaust pipe in the rear bumper on the photographed EcoSport prototype here hints the small SUV could also be getting a new engine. Currently, European customers can choose from two petrol and one diesel engines with power ranging from 95 horsepower (70 kilowatts) to 140 hp (103 kW). Chances are there will be a larger 1.6-liter diesel unit that will sit above the current 1.5 TDCi.

Rumors about the EcoSport reaching the U.S. market have been swirling around for years, and it is believed the facelifted model will finally make it stateside next year. As far as the Euro-spec variant is concerned, this one will be produced in Craiova, Romania.