BMW 3 Series sedan will be built in Mexico starting 2019 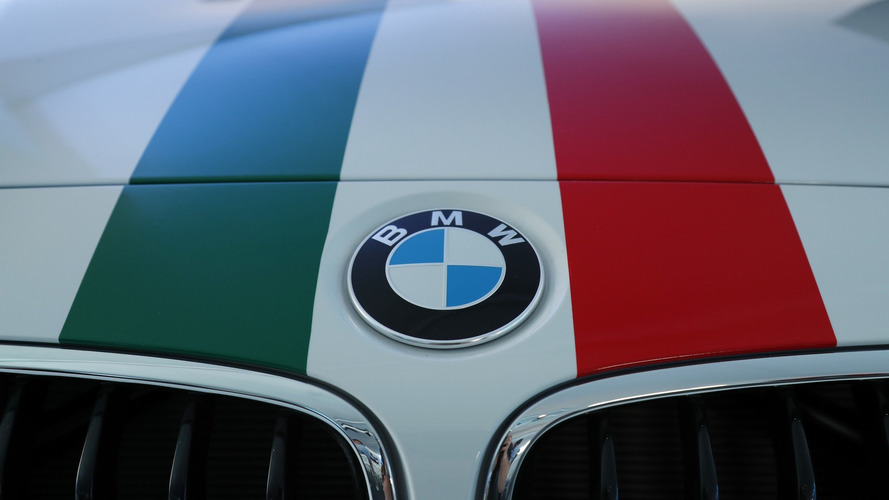 Will have an annual production capacity of up to 150,000 units.

BMW has broken ground on an all-new plant in San Luis Potosí, Mexico.

Being built at a cost of approximately $1 billion, the San Luis Potosí plant will be a full production facility complete with a body shop, a paint shop, and an assembly shop.  The plant will begin building the 3 Series sedan starting in 2019 and BMW says the facility will have an annual production capacity of up to 150,000 units.

BMW went on to say the San Luis Potosí plant will become the most resource-efficient production facility in its network as most of its electricity will be supposed by a solar system that is located nearby. The facility will also have the "lowest water consumption per vehicle produced in the production network" as the paint shop will produce zero process wastewater.  In order to achieve this, the water needed for painting will be reconditioned and recycled.

In a statement, BMW's production boss Oliver Zipse said "All of the BMW Group’s knowledge and capabilities will be on show at our new location in Mexico. The production system being established there will be a leader in productivity and sustainability, thanks to the use of innovative technologies."

Production of BMW 3 Series Sedan from 2019

Investment of one billion US dollars

Board of Management member for Production Oliver Zipse believes the new plant in San Luis Potosí will be a special location: “All of the BMW Group’s knowledge and capabilities will be on show at our new location in Mexico. The production system being established there will be a leader in productivity and sustainability, thanks to the use of innovative technologies. I am delighted to launch this ground-breaking BMW Group plant on its way.” Board of Management member for Human Resources Milagros Caiña-Andree underlined the BMW Group’s role as an employer: “Our success depends above all on the people who work for us. Their capabilities create our products. They form the strong foundation of our new BMW Plant San Luis Potosí. For this reason, it is also important for us to be an attractive employer here, to inspire passion for the BMW Group among employees, to encourage their ambition and develop their talents.” Governor Juan Manuel Carreras López commented: “The BMW Group is an important partner for our state and will help to further develop the industry in the region. San Luis Potosi is an attractive state for the automotive industry with skilled workers, a logistically interesting location and the necessary infrastructure for the development of this kind of projects. In San Luis Potosi, we are ready to support the industry.”

Start of production for BMW 3 Series Sedan planned for 2019

San Luis Potosí will build the BMW brand’s best-selling model series, the BMW 3 Series Sedan. For more than the 40 of the company’s 100 years, the iconic BMW 3 Series has been the heart of the brand and set the benchmark for dynamic performance, efficiency and design.

The plant in San Luis Potosí will also balance out production capacity at BMW Group Plant Rosslyn in South Africa, which will build the new BMW X3 instead of the BMW 3 Series in the future.

Start of production is scheduled for 2019, with an annual production capacity of up to 150,000 units. The BMW Group is investing around a billion US dollars in the new plant and creating at least 1,500 new jobs. The decision to locate in San Luis Potosí was based on criteria such as the broad supplier network and qualified local workforce, as well as the technical and social infrastructure.

The BMW Group Plant San Luis Potosí will be a full plant, comprising body shop, paint shop and assembly, characterised by an innovative production system and comprehensive sustainability standards. From the first full year of production, the plant will be the BMW Group’s most resource-efficient production location worldwide.

For example, the use of renewable energy sources ensures that the plant is supplied with 100% CO2-free electricity. Most of the electricity comes from a solar system on the plant’s grounds.

Responsible use of water resources is a particular sustainability goal in San Luis Potosí. The facility will have the lowest water consumption per vehicle produced in the production network. This will be the BMW Group’s first paint shop to produce zero process wastewater. The water needed for the painting process is reconditioned and recycled.

The BMW Group is relying exclusively on digital 3D plans for both building construction and equipment installation at the plant. During every phase of construction, architects enter specific information, such as location, dimensions or completion date into digital models. Digital 3D-scan technology is being used for the first time during the set-up phase. The combination of these two technologies enables real-time analysis of construction progress and cost-efficient modifications, and provides the BMW Group with constant planning reliability.

Plant will benefit from experience within the production network

Everything is in place for the start of production: 25 young mechatronics engineers began their training in September 2015. This year will see the launch in cooperation with local technical colleges of similar programmes for production mechanics and automotive mechatronics experts. Mexico has a work-linked training concept based on the German model.

The plant in San Luis Potosí will benefit from experience within the BMW Group production network. Plants Munich and Spartanburg are demonstrating their strengths by helping set up the Mexican facility. The Munich plant will serve as the lead plant for set-up and training, and will train more than 500 Mexican employees by 2019. “The training programme for future employees is an important cornerstone for us. The new plant will set international standards with innovative technologies and resource-saving production,” explained Hermann Bohrer, head of the BMW Group Plant San Luis Potosí.

The BMW Group production network comprises 31 locations in 14 countries on four continents. The expansion of its international production network has always followed growth in markets around the world. In this way, the BMW Group ensures itself a highly-efficient and flexible international production network with a balanced distribution of value creation between Europe, Asia and the Americas. With this in mind, Mexico is another building block in the BMW Group’s growth strategy. The country is a member of the NAFTA free-trade zone with Canada and the US, and has concluded free-trade agreements with the European Union and MERCOSUR countries, making it easier to export automobiles and import supplier parts.

North America is one of the most important growth markets for the BMW Group. The company will invest a total of one billion US dollars in the expansion of its American plant in Spartanburg by the end of 2016 to achieve a production capacity of 450,000 units. The plant, which specialises in BMW X models, became the largest in the BMW Group production network in 2015. This expansion is in response to strong global demand for X models. The new BMW X7 will be produced in Spartanburg in the future. With Spartanburg and San Luis Potosí, the BMW Group will have full production capacities at key locations in North America.

The BMW Group in Mexico

The BMW Group opened its Purchasing and Supplier Network Mexico in 2008. From here, the BMW Group maintains close relationships with its suppliers in Mexico and North and Central America. Last year, the BMW Group purchased products worth more than 2.5 billion US dollars from Mexican suppliers. This represents an increase of about 18% compared with the previous year. Over the long term, the Purchasing and Supplier Network Mexico will be managed out of in San Luis Potosí.