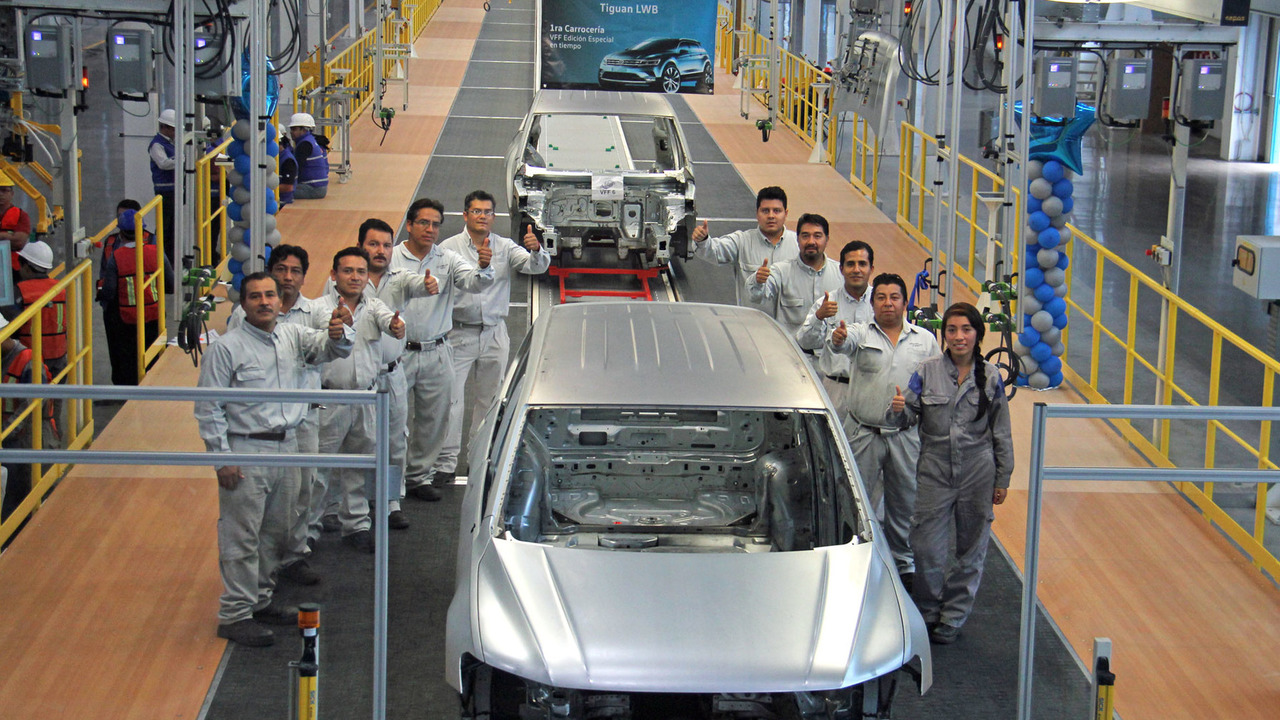 Volkswagen de Mexico is getting ready to start production of the long-wheelbase Tiguan which will seat seven.

A new body shop for a brand new model. VW’s factory in Mexico inaugurated a brand new body shop at the end of last year and now the necessary equipment and machinery installation is nearing completion. Last Friday, the very first test body of the Tiguan Long Wheel Base (LWB) was built to check the calibration of the body shop’s equipment and processes. Series production of the stretched Tiguan is slated to commence at the beginning of 2017.

The 70,800-square-meter body shop facility is home to 800 welding robots and so far almost 700 containers with 50,000+ tons of equipment necessary for the Puebla factory have arrived. Volkswagen de México is currently conducting a series of training programs for the personnel in charge of programming the robots for the automation process.

As for the SUV itself, VW is stretching the wheelbase by 4.33 inches (11 centimeters) to create a more spacious cabin capable of hosting up to seven people. The rear overhang will also be bigger compared to the five-seat-only Tiguan which will enable a bigger trunk with the rearmost seats folded.

VW isn’t saying when it will reveal the larger Tiguan, but it will likely bring it to the Los Angeles Auto Show in November.

Volkswagen de México has reached an early production milestone with the assembly of the first test body-in-white for the upcoming Tiguan Long Wheel Base, LWB, scheduled to begin its production during the first quarter of 2017.

After the construction of the new building for the body shop was concluded at the end of 2015, equipment and machinery installation is now nearing completion. The first test body was built on the 10th of June to check the calibration of body shop equipment and processes.

The new body shop facility has an extension of 70,800 square meters. So far, nearly 700 containers with more than 50,000 tons of equipment have arrived at the Puebla plant to be installed in the new building. The core of the highly automated production process are 800 Fanuc welding robots. Training programs for the personnel responsible for the programming of the robots and the automation controls are ongoing.

The first test body of Tiguan LWB was presented to the group of executives and workers that were part of this milestone.

Volkswagen de México will produce the Tiguan LWB, starting early 2017, for the worldwide markets, with exception of China.