Take a closer look at the LMP2 grid.

In the second part of our comprehensive Le Mans 24 Hours preview, Sam Smith offers his verdict on the runners and riders in the ultra-competitive LMP2 division.

A record 23-car grid assembles in the popular LMP2 division at Le Mans with an abundant variety of chassis, engine and driver combinations.

It will be the final Le Mans where this level of diversity is seen in the baby prototype class - in 2017, new (and relatively unpopular) regulations that dictate choice of just four chassis constructors come into force.

The chosen quartet are Dallara, ORECA, Onroak (Ligier) and Riley/Multimatic, while there will be a singe engine and electronics suppliers in the form of Gibson Technologies and Cosworth respectively.

Back to this season, ORECA's customers appear to have a significant advantage as the 05 is much quicker on the straights than its rivals, with official test day data showing a 4-5km/h speed advantage.

If the conditions remain consistent, it has hard to see any non-ORECA runners mounting a winning challenge.

Here are the LMP2 runners who are most likely to be fighting for victory and a place on the podium: 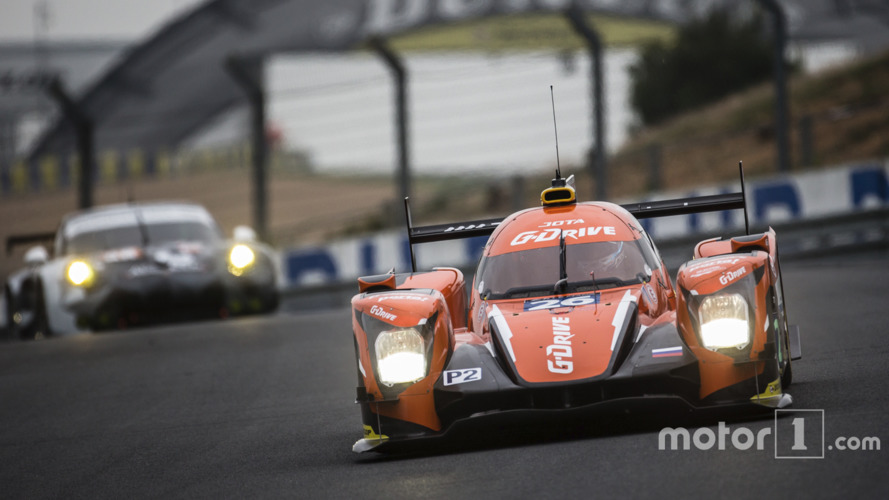 Operationally, this team is run by 2014 Le Mans LMP2 champions JOTA Sport, and starts as one of the favourites. With an all-round strong package and arguably one of the three quickest drivers in the class, the #26 car should be right at the front.

Even a late switch to the line-up in the G-Drive regular WEC entry, where Will Stevens replaces Nathanael Berthon, is unlikely to destabilise a meticulously prepared team, which this year sees two LMP2 entries being run by JOTA for the first time.

As for the #38 Gibson entry, Giedo van der Garde has looked very good so far this season, as has Jake Dennis, who made an impressive debut at Spa.

With Dolan comfortable in the car he has driven for in the last four Le Mans events, expect the wily old Gibson to have a memorable last hurrah this weekend. It could emerge as a genuine class winner should some of the ORECAs falter. 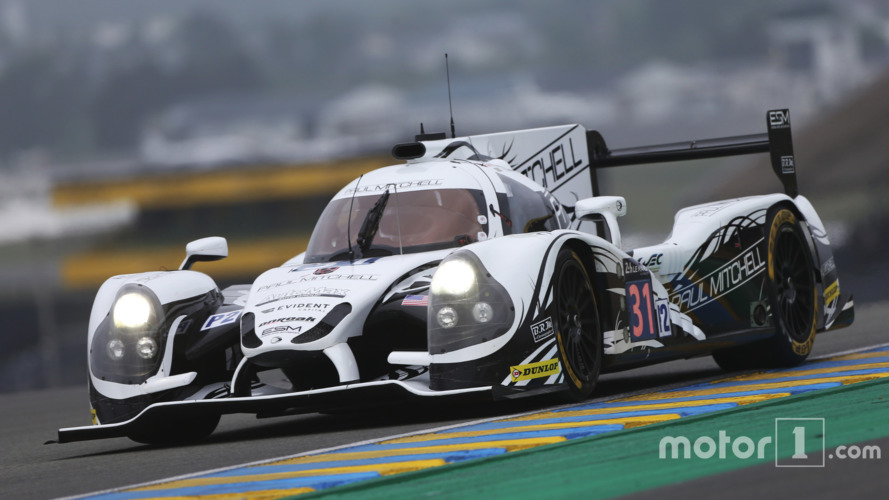 Accruing as many points as possible for the #31 car will be objective for the new US/French alliance, which has enjoyed notable success at Daytona and Sebring already this season.

After forming an official partnership with Onroak Automotive, the alliance has an impressive leader and strategy caller in former racer Philippe Dumas. The team has been rejuvenated since its tie-up with Onroak, and the newly-liveried white and black Ligiers should stealthily climb up the leaderboard as the race wears on.

The #30 won’t be as quick, but in Scott Sharp and Johannes van Overbeek has capable drivers. Ed Brown is showing increased ability by the race as the genuine silver driver in his set-up. 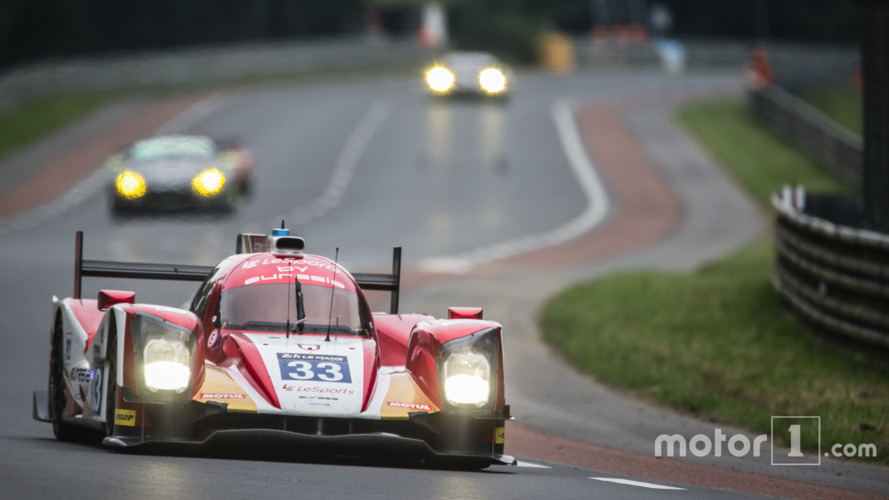 The surprise pacesetters at last week’s test day, this Philippines-based team had a solid if unspectacular learning year in the ELMS last season with an old ORECA 03.

This season, with a new ORECA 05-Nissan and with Tristan Gommendy, it is a serious prospect for pole position and an awkward presence for the more fancied runners at the front.

Gommendy is as good as anyone in an LMP2 car, but the inexperience of his teammates Jun Jin and De Bruijn might tell over the full 24 Hours.

But the fact remains that they have great hardware and excellent organisational/engineering personnel in the shape of team boss Mark Goddard and Greg Wheeler respectively. 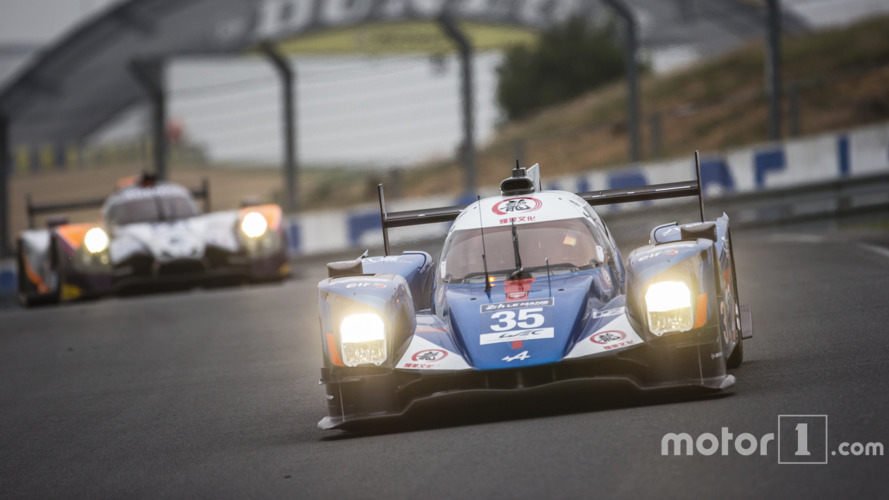 Probably the one clear favourite for the Le Mans LMP2 crown, the #36 entry has already sounded a warning to its rivals by winning at Spa.

Nicolas Lapierre will be keen to defend his 2015 title, which he earned with KCMG, and continue to prove Toyota wrong for letting him go during a fractious 2014 campaign.

Les Bleues will be a crowd favourite, but the team is still learning the intricacies of the ORECA 05. This is where Lapierre will be a major asset; therefore, a lot rests on Le Mans rookies Stephane Richelmi and Gustavo Menezes shoulders.

The second car entered as an Alpine A460 is headed by the Baxi DC team, which was founded by David Cheng last year.

Flashes of pace have been seen so far, especially from Nelson Panciatici and Ho-Pin Tung, although a slightly erratic Spa race saw valuable points lost.

Still learning the ropes, but with sound technical support from Signatech Alpine, the car could be an outsider for a podium come the end of the race.

The team could spring a surprise, but, like all the Ligier runners, will need a degree of good fortune to break through the massed ORECA ranks.

The team itself is proven, and so is the car, so if the opportunities arise, expect Greaves to be at the front of the Ligier queue over the race distance and in a good position to capitalise should a podium opportunity arise. 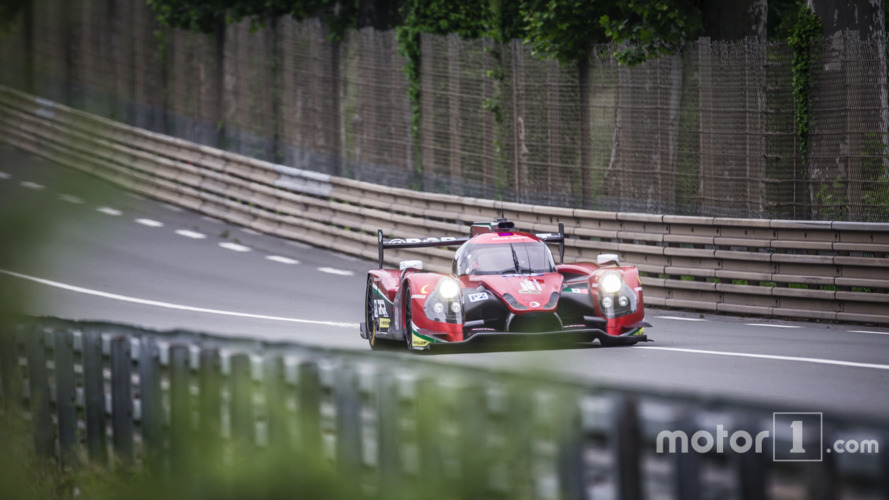 A fine debut victory at Silverstone in April owed a large part to others' misfortunes, yet still this Morand-operated team has real prospects of a podium in its new Ligier.

Bruno Senna and Filipe Albuquerque bring pace and experience, while silver-rated Ricardo Gonzalez can operate at a high level on occasion and usually stays on the road.

As well as racing the car, Gonzalez is the proprietor of the team and has big plans for its development in the coming years.

Like ESM and the other Ligier runners, Morand is likely to be aiming for maximising its points haul, rather than gunning for victory, as the Mexican-entered squad aims to keep itself firmly in the running for the 2016 LMP2 WEC title. 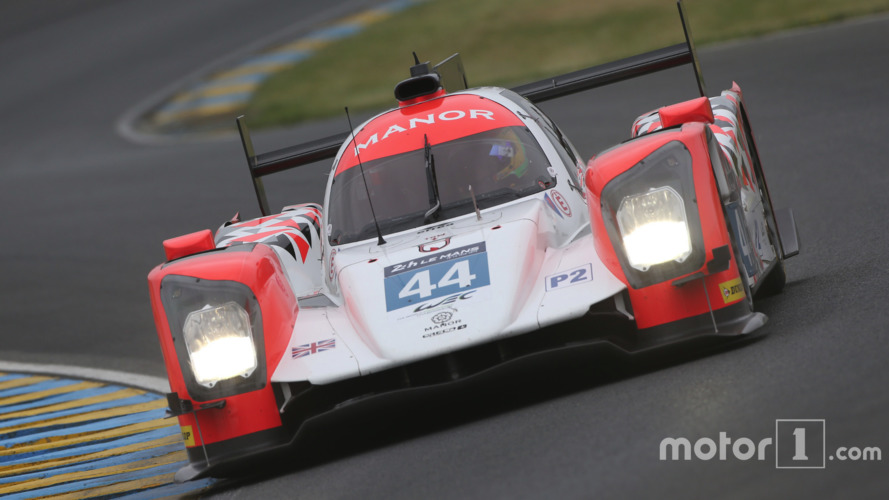 The key elements of the Manor Marussia F1 odyssey, Graeme Lowdon and John Booth, have moved away from the cauldron of Grand Prix racing to a full season of the FIA WEC in 2016.

As Lowdon has stated more than once, they are learning to love racing for racing’s sake once again.

Plenty of constituent parts have been carried over from F1, with mechanics and drivers comprising the new-look Manor effort, which runs a brace of ORECA 05s in WEC but has just one car at its disposal for its first crack at Le Mans.

The Dunlop-shod car will be on a steep learning curve at Le Mans, but with Matt Rao and Roberto Merhi it has a duo of pacey drivers capable of fighting at the front.

A lot depends on Manor stalwart Tor Graves, who, as the nominated silver driver, must be on his best form in order for a podium push to be within reach. 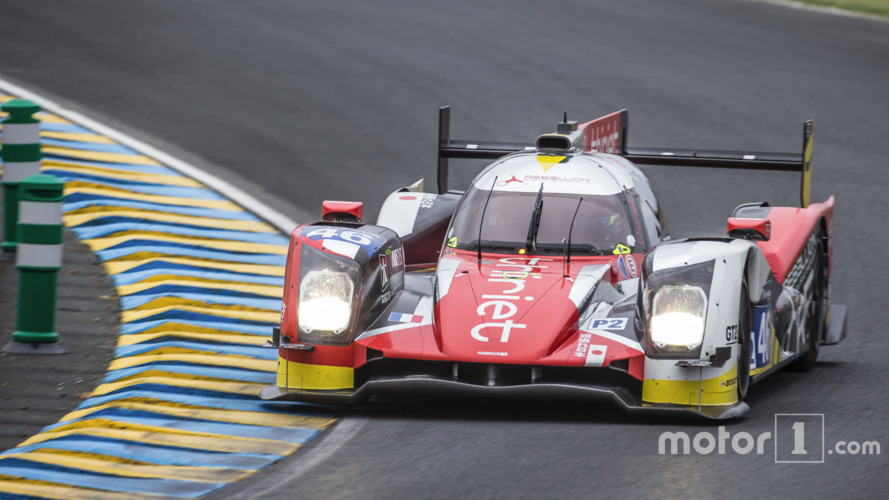 TDS came so close to victory in both 2012 and 2014, and now with more strength in depth on the driving side, the #46 car has to be considered a likely challenger for honours in 2016.

Beche has chosen to go for silverware in LMP2 after two seasons with Rebellion Racing in LMP1-L, while Toyota protégé Ryo Hirakawa gets his first taste of the full Le Mans circuit.

The team's pace will not be in question, and with the experienced Xavier Combet at the helm, TDS has every chance of atoning for the disappointment of being merely the LMP2 bridesmaids in previous campaigns. 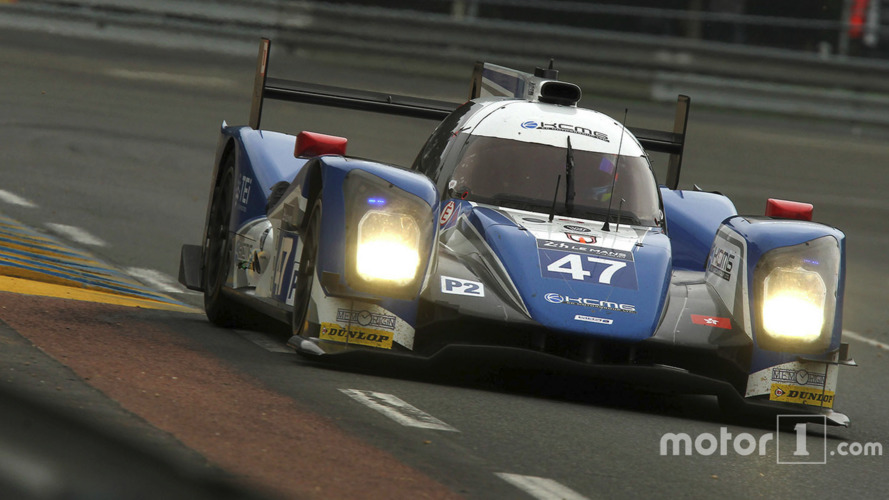 While the car is the same, there are plenty of other changes, including Super GT champion Tsugio Matsuda returning to the fold to replace Signatech-Alpine-bound Lapierre.

The test day was the first time the car had run since Bahrain, last November, but the Hong Kong-entered squad was straight back in to the groove and registered the sixth-fastest time with little effort.

The team also has a new engineer, as WRT’s Adam Hardy replaces Greg Wheeler, who is now overseeing the Eurasia Motorsport ORECA.

The LMP2 class has only been defended successfully once - back in 2006, when RML backed up its 2005 win with another triumph with its Lola B05/40.

KCMG has yet to show its true pace as the test day was the first time it had run its car since the Bahrain WEC finale. If it gets to grips with the new Dunlop tyres, expect the defending class winners to be in the hunt come Sunday afternoon. 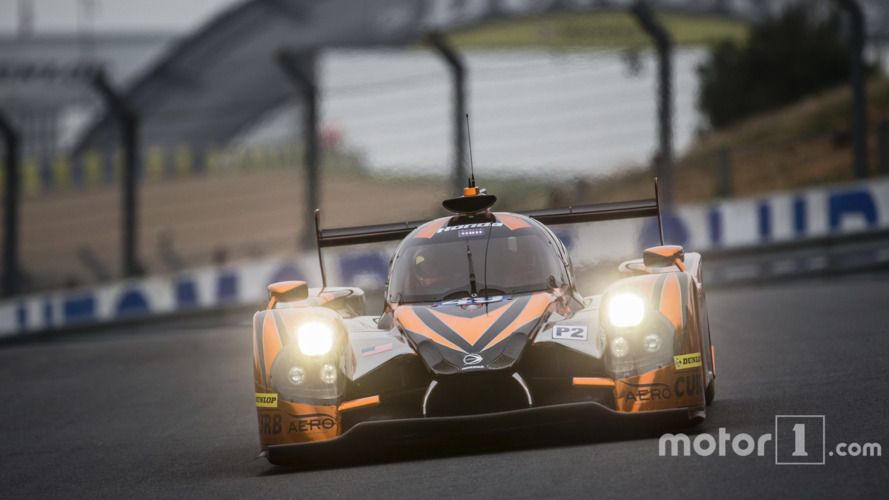 Fully recovered from a substantial test day accident the American team, which is using the same Ligier chassis that won Daytona and Sebring with ESM, are the darkest of horses for a podium quest.

Laurens Vanthoor gets a third consecutive LMP2 try-out as he continues to be readied for a potential Audi LMP1 future.

Oswaldo Negri, meanwhile, has the experience to get the car to the finish, so as ever in LMP2 a lot will depend upon John Pew’s capability on his Le Mans debut. 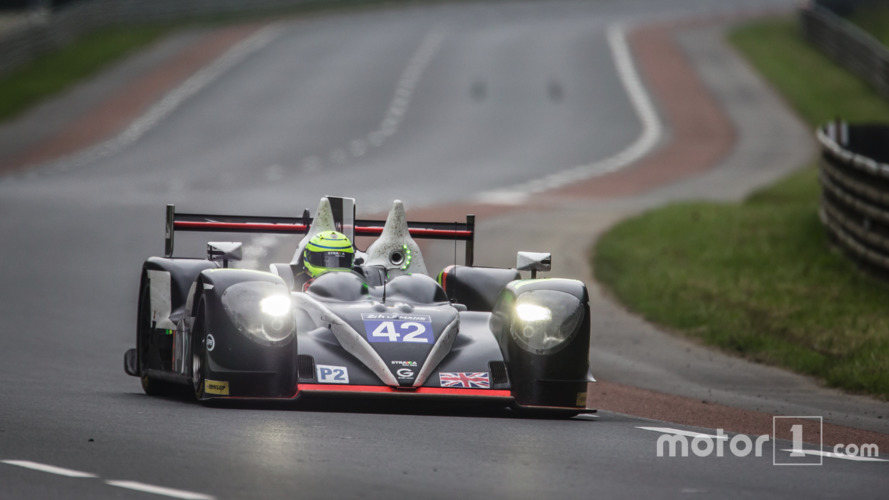 Strakka Racing enters the ex-Greaves Gibson 015S with which they campaign in the full WEC. Danny Watts and Jonny Kane are a potently quick duo who are capable of extracting as much from the elderly car as van der Garde and Dennis at G-Drive.

If Nick Leventis can harness his undoubted capabilities at the wheel for clean and solid stints, then a top six could be on the cards.

SMP Racing has been a disappointment so far this season, despite its vital switch from Michelin to Dunlop rubber last summer.

The pace of development and performance on the car has not been as rapid as expected or hoped for, but with Nicolas Minassian, Mikhail Aleshin and Vitaly Petrov among the drivers in the two Paolo Catone-designed BR01 cars, they could have a decent result if they can get one to the finish.

Murphy Prototypes, Race Performance (both ORECA 03s), Pegasus Racing (Morgan), Krohn Racing (Ligier) and additionally two new Ligier teams - So24! by Lombard and Panis-Barthez Competition squad - will all be hoping to get to the chequered flag.

The talented Paul-Loup Chatin is the standout performer for the Olivier Panis-headed team, which will be subject to plenty of media attention as Barthez makes his second Le Mans start.

Elsewhere, Olympic legend Sir Chris Hoy, in an Algarve Pro Racing-run Ligier, will provide one of the feel-good moments of the weekend when he takes his first start at the Circuit de la Sarthe. The Scot is serious about his motor racing, and will be rightly lauded if he makes it to the finish on Sunday.

Finally, the remarkable story of Frederic Sausset and his ‘innovative technology’ entry in a Morgan LMP2 car will see the quadruple amputee attempt to qualify using some clever technical adaptations to assist him driving the car.

Sausset is hoisted in to the car on a frame constructed by his team, and steers with a prosthetic attachment with his right hand. With specially-allowed ABS and power-assisted brakes, Sausset has so far been able to complete a warm-up race at the Silverstone ELMS event in April.

Along with friends and experienced teammates Christophe Tinseau and Jean-Bernard Bouvet, Sausset will attempt to accomplish a dream which first came to him while he was recuperating after losing all his limbs.

Even Audi has assisted the effort to make his dream a reality and everyone will be rooting for a man with incredible fortitude and determination to make it to the finish line.

Check back tomorrow for the final part of our Le Mans 24 Hours team-by-team preview, which looks at the competitors in the GTE-Pro and GTE-Am classes.