How Gran Turismo plans to turn even more gamers into racers

The Nissan GT Academy has been very successful in making professional racing drivers out of gamers – but Gran Turismo producer Kazunori Yamauchi now has grander plans, as Jamie Klein discovers.

For nearly 20 years, the Gran Turismo series of PlayStation games has been pushing boundaries within the racing genre, and the latest iteration – Gran Turismo Sport – is no exception.

Slated for a November release worldwide, GT Sport isn’t merely notable for being the first entry in the franchise to be made for the PlayStation 4, even though that detail alone by default makes it among the most eagerly anticipated video games of the year.

It isn’t merely notable either for its stunning graphics, addictive gameplay or its mouthwatering selection of cars, all of which follow in the series’ finest traditions since its inception in 1998.

Instead, what really caught this writer’s attention during last month’s launch at London’s Olympic Park was how the game plans to allow even more of its top players the chance to transfer what they’ve learnt in the virtual sphere to the real-life race track.

The new initiative that lies at the heart of GT Sport isn’t really comparable to the Nissan-backed GT Academy scheme, which has been a springboard for the likes of Luca Ordonez, Jann Mardenborough, Ricardo Sanchez and Katsumasa Chiyo over the years.

That competition was designed to unearth the very best of the best through a rigorous selection that only the top 0.1 percent of gamers could even begin to contemplate having a crack at.

Instead, what GT Sport plans to do is to create many more – thousands, in fact – of new real-life racers (minus the factory Nissan contracts) via a new partnership with the FIA. 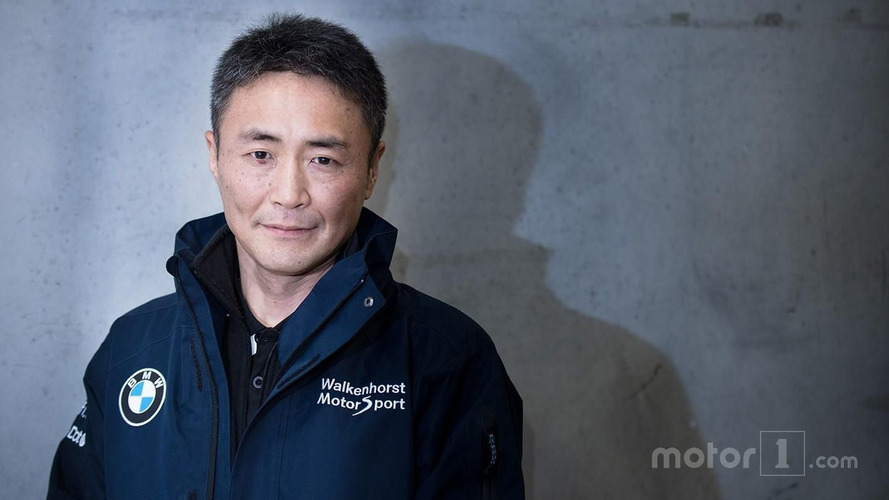 Three years in the making

Kazunori Yamauchi, the game’s producer and the man behind the Gran Turismo franchise’s vast success, explains the thinking behind the new ‘Gran Turismo digital licence’, which can be obtained by fulfilling specific criteria within the game.

“The FIA Gran Turismo digital licence is something we have discussed with 200 automobile clubs all over the world and the FIA over the last three years,” says Yamauchi.

“Things have been moving forward step-by-step, and at the World Motor Sport Council a few months ago there was a vote to allow this project and this announcement.

“Once you’re eligible for the licence, that information will be shared with the relevant automobile club, and from thereon it’s up to them to decide how they will handle this.”

The list of clubs that have actually signed up to the new project is not inconsiderable, with a total of 22 nations (including the UK, Belgium, Denmark, Norway, China, India, Australia and New Zealand) on board for now.

“Pre-requisites for acquiring a motorsport licence vary from country to country, and the rules are very different,” continues Yamauchi.

“Once you are eligible, a certain automobile club might say that you need to come to the track to get some extra experience in order to acquire it.”

When it comes to determining who will be eligible to obtain the licence in real life, it won’t only be the player’s speed that’s taken into account, such is the new initiative’s emphasis on safety.

“Motorsport is dangerous, so safety is something we definitely have to focus on,” says Yamauchi.

“The FIA, even they have two main roles – one is obviously to organise motorsport, but the other is advocating driver safety. So GT Sport intends to cover both as well.”

“The licence is only granted once you go through a lot of different subjects in Gran Turismo: your manners on the track, safety issues, and all the behaviour required to participate in real-life racing.” 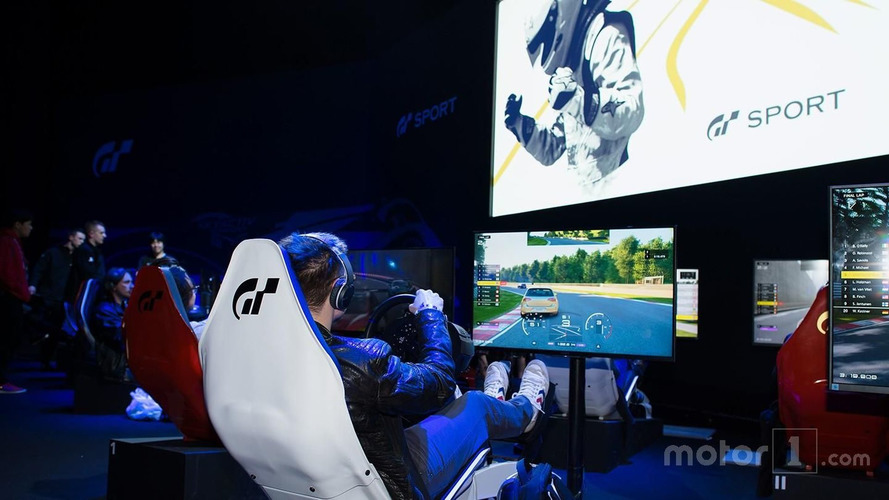 The other intriguing facet of GT Sport’s collaboration with the FIA is the creation of two fully sanctioned championships – the ‘Nations’ Cup’ and the ‘Manufacturer Fan Cup’ – within the game.

As the title suggests, the former competition sees players compete according to their nationality, while the latter allows players to defend the honour of their favourite in-game car maker.

Both contests will be organised into weekend finals for the best players, which will be available for the public to watch – effectively marking Gran Turismo’s first steps into the booming world of eSports that has up to now been largely the preserve of shooter and strategy titles.

“GT Sport has two facets to it,” Yamauchi goes on to explain. “It’s something you yourself participate in, but there are also the weekend finals that are going to be broadcast all over the world.

“It’s basically a TV programme, but the thing with sport is that – unless it’s fun to watch, it doesn’t work as a sport.

“That’s the reason we didn’t make it a drivers’ championship per se, instead arranging it as the Nations Cup and the Manufacturer Fan Cup.

“For the majority of players, to be a part of the very top league of players worldwide is not their objective. And I think sports wouldn’t work unless it’s something exciting for them to watch.” 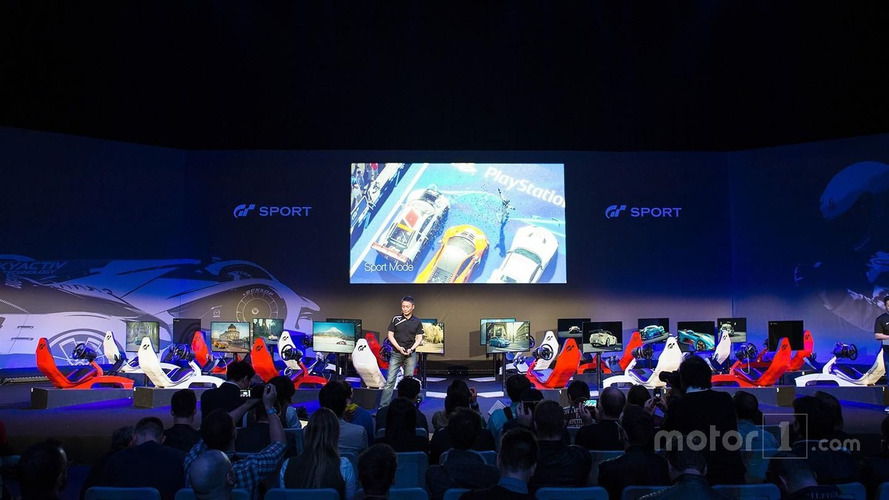 The idea is that the fastest advance to regional and then world finals for the chance to be crowned at the FIA end-of-season prize-giving gala alongside that season’s ‘real-life’ motorsport champions.

That’s why Yamauchi plans to ensure that these races are not stewarded only by the game’s own internal systems for passing judgement on clashes between players.

“But when it’s a computer, no matter information you have, it’s hard to judge who was at fault. In that case, you have to make it so both are at fault.

“In instances like the regional and world finals, we will have a human being monitoring the race and serving as a steward. For the world final we hope to have Charlie Whiting with us.”

The new FIA-backed GT championships don't mark the end of the long-running and much loved GT Academy scheme, which continues for an eighth year in conjunction with the release of the new game.

“The objectives were clear for that project – converting a virtual gamer into a real-life racing driver,” Yamauchi replies when asked if the GT Academy programme would be continuing.

“The Nations Cup and Manufacturer Fans Cup are not a direct replacement of that, so the Nissan GT Academy will continue.”

Those that seek to emulate the likes of Mardenborough can therefore rest easy - but for the rest of us, the arrival of GT Sport this autumn promises to make the prospect of transitioning from the sofa to the racetrack a whole lot more accessible. 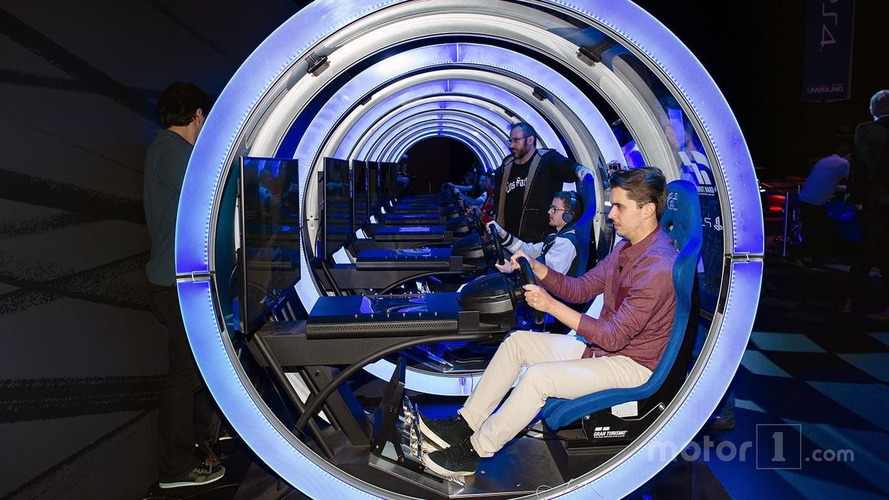 Gallery: How Gran Turismo plans to turn even more gamers into racers