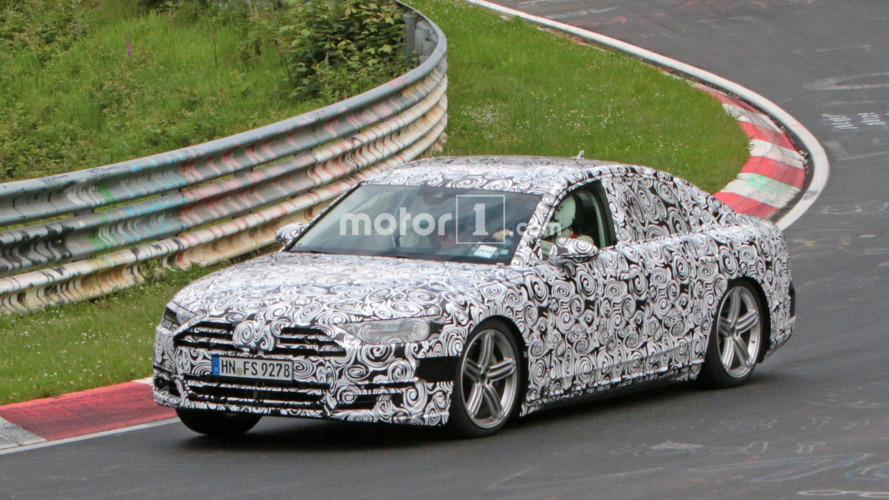 Slated to go on sale next year.

Development work continues on the 2018 Audi A8 as spy photographers have caught the model putting in a few high speed laps at the Nürburgring this morning.

Looking instantly recognizable, the redesigned model has a sportier front fascia with a wider single frame grille that is flanked by angular headlights.  Moving further back, we can see the car has been equipped with evolutionary body work, door-mounted mirrors, and lightweight alloy wheels that are backed up by a high-performance braking system.  Additional styling details are hard to make out but there's wraparound taillights and what appears to be an integrated rear spoiler.

Spy photographers couldn't get close enough to snap interior photos but the cabin is expected to feature a mix of premium materials and high-tech goodies.  Audi has been keeping details under wraps but drivers can expect to find the Audi Virtual Cockpit system as well as an upgraded infotainment system which could have gesture recognition technology.

Speaking of the technology, the next-generation A8 will be offered with semi-autonomous driving technology. Details will be announced closer to launch but the traffic jam pilot system will enable the flagship sedan to drive itself at speeds up to 37 miles per hour on highways.

Under the hood, we can expect an assortment of different petrol and diesel engines.  Nothing is official but choices will likely include a 4.0-liter TDI V8 with 435 horsepower and 664 pound-feet of torque as well as a 6.0-liter W12 that produces around 600 hp and 664 lb-ft of torque.

Gallery: 2018 Audi A8 hits the Nürburgring