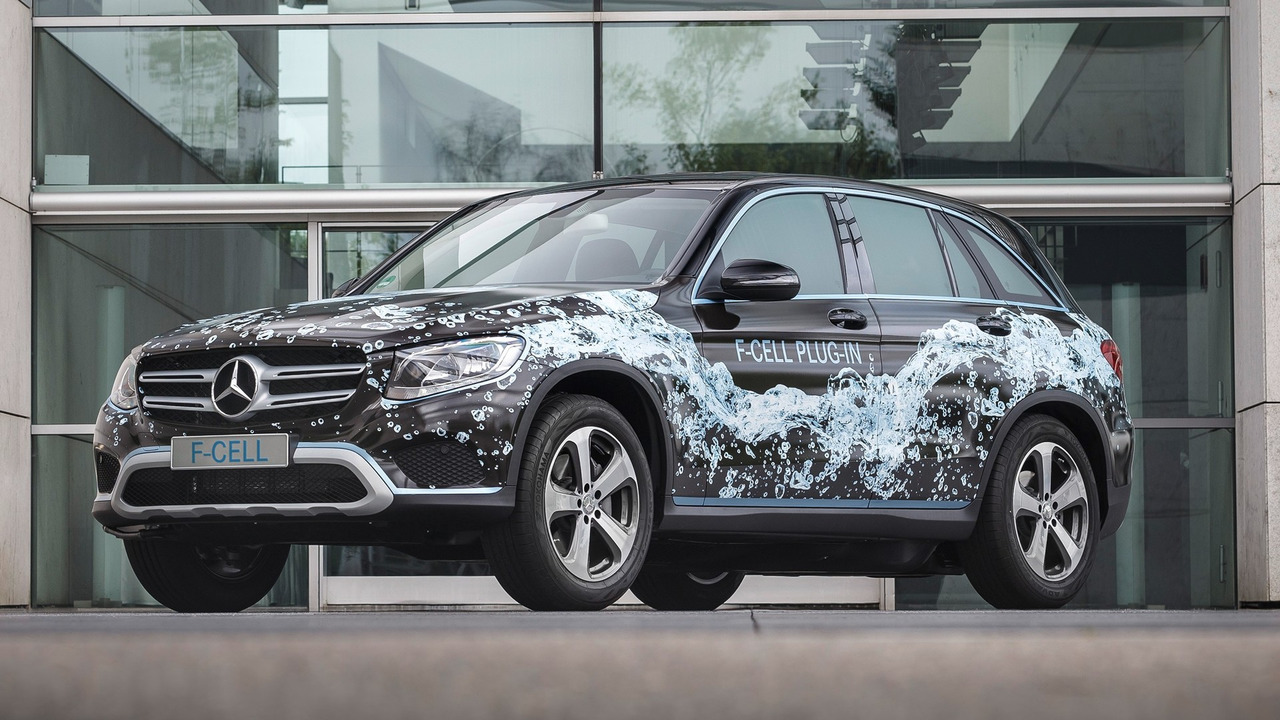 Announced at the beginning of the year, the Mercedes GLC F-CELL won’t be an ordinary hydrogen vehicle. That’s because it will have plug-in capabilities to charge the on-board lithium-ion battery pack which will have enough energy for around 30 miles (48.2 kilometers). Total range will stand at approximately 310 miles (500 km) if we factor in the two carbon fiber-encased hydrogen tanks that can each hold around 8.8 lbs (4 kilograms) of hydrogen. A full refill of those two tanks will take about three minutes, so it’s going to be roughly the same as with a conventionally-powered car.

The extra range provided by the lithium-ion batteries is going to be a nice addition and should make the Mercedes GLC F-CELL a more interesting model among people worried about range anxiety. It will be interesting to see what sort of performances the hydrogen compact crossover will be able to deliver given the weight penalty caused by the additional hardware.

Daimler’s first truly commercially available hydrogen vehicle is slated to go on sale towards the end of next year in key markets such as Germany, Japan, and United States, with U.K. getting the model in 2018. There’s no word about pricing, but E-Drive System Integration boss Jurgen Schenk announced a few days ago during the prototype’s reveal in Stuttgart it will have a “price the customers will accept.”

In related news, Mercedes has confirmed plans to bring an all-electric concept to the Paris Motor Show set for early October. The vehicle in question will have distinctive styling and will spawn a production version due to arrive before the end of the decade with a maximum range of 310 miles (500 km).