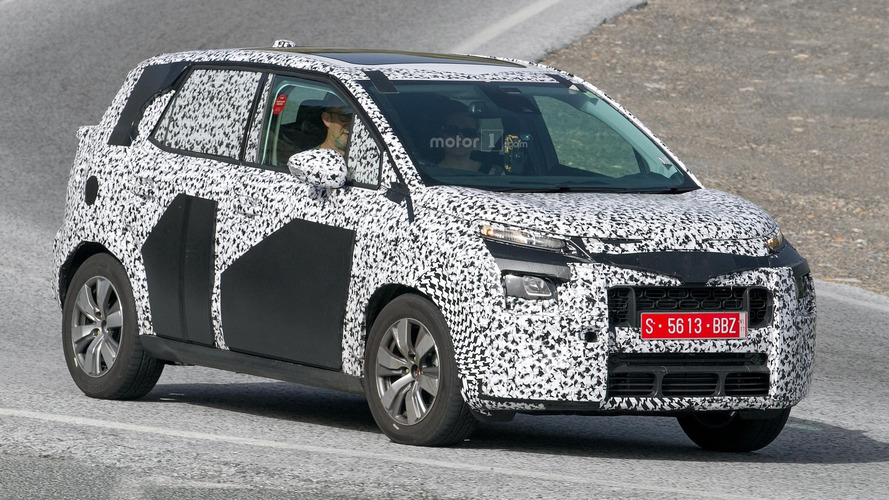 With the all-new C3 Picasso, Citroën is trying to prove MPVs don’t necessarily have to be shaped like a fridge and look bland. While the right-hand-drive prototype spotted testing in Europe still had an extensive amount of camouflage, you can already tell it looks nothing like the outgoing model which itself stands out in the segment with a rather bold-ish appearance.

Expect the styling to borrow many cues from the larger C4 Picasso and we also might see those so-called “air bumps,” as Citroën has promised to install the air-filled plastic panels on more models. Taking into account the prototype had thicker plastics on the doors, most likely the extra camo was indeed hiding the air bumps.

The B-segment people carrier will share its underpinnings with the upcoming Opel Meriva as part of PSA’s collaboration with General Motors. In terms of power, there will be a crop of turbocharged three- and four-cylinder engines available in both gasoline and diesel flavors and linked to six-speed manual and automatic gearboxes.

An official introduction of the second-gen C3 Picasso is expected to occur on the model’s home turf at the Paris Motor Show scheduled to open its doors at the beginning of October. The market launch of Citroën’s new and unconventional MPV will take place either by the end of the year or early 2017.