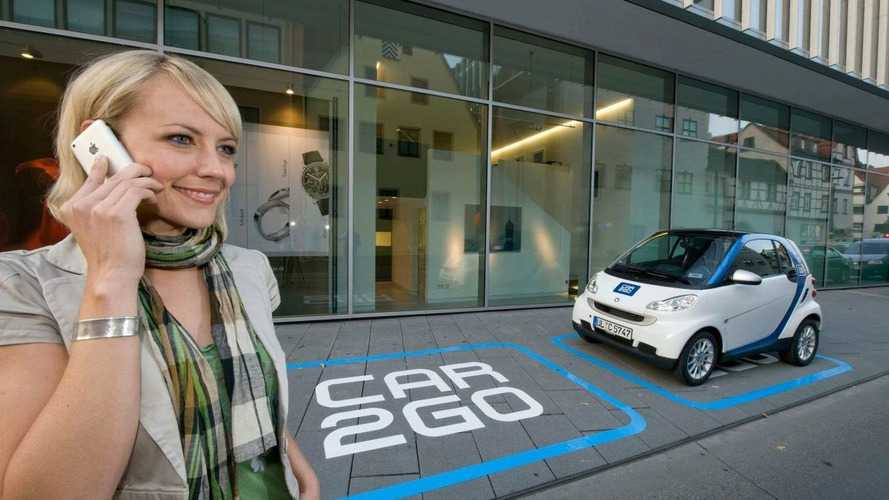 Over 78,000 use the little Smart Cars in Chongqing after just two months.

Car2go appears to be struggling a bit in the US – ending its electric fleet in San Diego and not announcing any expansions here for a while now – but the news is different in China. After just two months of operations in Chongqing, China, Car2go is serving 78,000 customers. As the company itself admits in the press release below, that's almost as many as use Car2go in a North American or European city after five years in business. There, about 100,000 to 130,000 people use Car2go. Chongqing is Car2go's first location in Asia.

Of course, population numbers are different in China. As they say, if you're one in a million in China, there are still 1,000 people just like you. And while you may not have heard of Chongqing, it's a metropolis of 30 million people. The biggest city in the US, New York, has about 20 million in its metropolitan area.

And yet, for 30 million potential users and 78,000 actual ones, Car2go offers them just 400 vehicles. Since Car2go has served over 40,000 rentals in its first two months, that means someone is stepping into a blue-and-white Smart Fortwo every 1.7 minutes, on average.

Car2go has been thinking about offering short-term A-to-B rentals in China since at least 2014, when we came across a Car2go booth at the Challenge Bibendum there.

car2go makes free-floating car sharing popular in the Chinese metropolis Chongqing
More than 40,000 rentals in the first few weeks
A car2go vehicle is rented every 1.7 minutes in Chongqing

Stuttgart/ Chongqing – In less than two months, more than 78,000 customers have registered with car2go in China. For comparison: After between four to five years, the biggest car2go locations in Europe and North America have approximately 100,000 to 130,000 registered customers per city.

More than 40,000 vehicle rentals within this period mean that one of the 400 car2go vehicles in Chongqing is rented every 1.7 minutes. With this start, car2go has created an important alternative to owning one's own car and thus a valuable addition to the local public transport system in Chongqing with its 30 million inhabitants.

"The start in Chongqing far exceeds our expectations", says Roland Keppler, CEO of car2go. "The Chinese customers are really enthusiastic about the service and make intensive use of the vehicles."

Rainer Becker, CEO of car2go China Co., Ltd., adds: "The good development in Chongqing could not have happened without the great openness and pioneering spirit of our Chinese customers. More and more users are finding the car2go vehicles to be the perfect supplement to their mobility requirements and an expression of their modern lifestyle."

Chongqing is the first car2go location in Asia. There are currently 400 smart fortwo vehicles spread over approximately 60 square kilometers of the central city areas of Chongqing including Yubei, Jiangbei and Yuzhong. The car2go vehicles save on parking spaces, reduce air pollution and improve the traffic situation in the city.