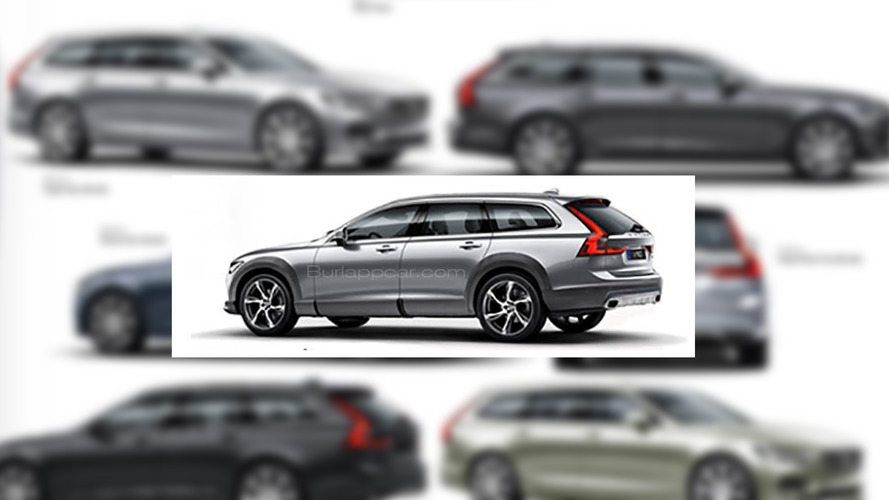 It's even coming to the United States.

The designs for both the Volvo V90 wagon and S90 sedan leaked early when photos of the scale models showed up online. Now, we are likely seeing the V90 Cross Country in advance because of a page from the brochure hitting the Web before the higher-riding vehicle's official debut.

Burlappcar posted the somewhat blurry photo without reporting the source. The image appears legit, though, because this is exactly what we expect the V90 Cross Country to look like. Judging from this single shot, the model potentially has a slightly higher ride height than the standard wagon. Protective cladding around the bottom edge of the body and fenders also gives it a somewhat more muscular look. The redesigned rear bumper features metallic trim and nicely integrated exhaust pipes. Unfortunately, this leak doesn’t show the front end.

A recent report claims Volvo is changing its product plans and bringing the V90 Cross Country to North America because the taste for wagons in the United States is growing. When the model eventually arrives, expect standard all-wheel drive and the tougher looking exterior additions from this leaked photo. The engines are almost certainly similar Drive-E units as in the standard V90.

Essentially the V90 Cross Country offers customers a compromise between the V90’s styling and the all-weather capability of the XC90. The Subaru Outback finds lots of buyers in the U.S. by offering a similar mix of wagon looks and a crossover's taller ride. Given the Japanese brand’s success, it’s not hard to see why Volvo would shuffle its plans and try something similar at a higher price point.