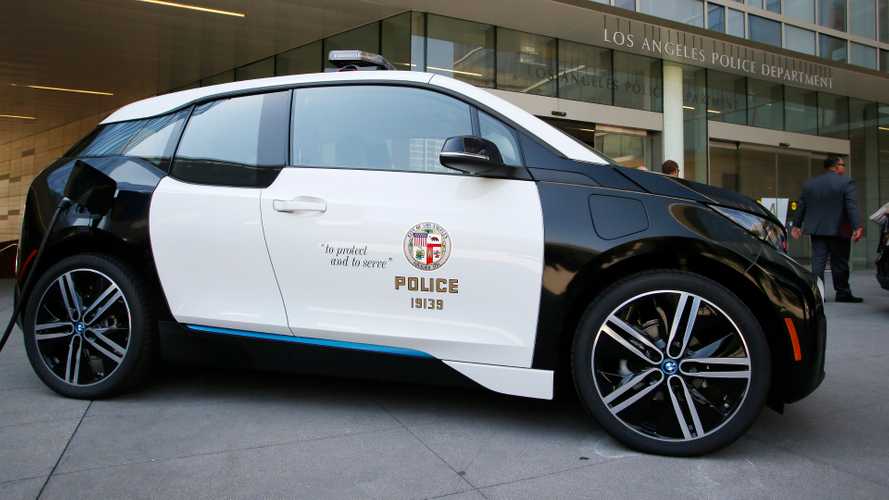 Will become part of the department’s non-emergency fleet.

The Los Angeles Police Department has awarded BMW with a contract to purchase 100 i3 electric vehicles.

The i3 was one of several different models that were subjected to field tests earlier this year.  BMW says the i3 won out due to its "combination of EPA rated best-in-class efficiency, reliability and state-of-the-art ConnectedDrive services."  The company also notes its extensive knowledge of charging infrastructure and the availability of numerous BMW i service centers played a role in the decision.

The LAPD i3s will become part of the department’s non-emergency fleet.  They will be used as transportation vehicles and as part of community outreach initiatives.

As part of the deal, BMW will design a web tool which will enable the LAPD to track their fleet in near real-time.  The company says this will contribute to "improved deployment, utilization, and the efficient charging of their fleet of BMW i3s."

In a statement, Los Angeles mayor Eric Garcetti said “We should be thinking green in everything we do — and these new EVs show how local government can lead."  Garcetti went on to say "Our sustainability plan pushes L.A. to speed adoption of greener practices and technologies, which also save money and resources.”

Gallery: BMW i3 police car for the LAPD