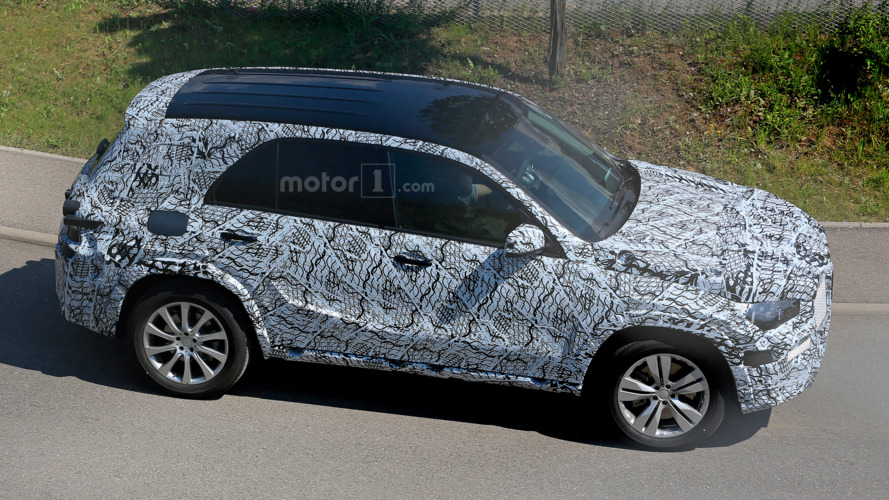 Though it looks just like the current-gen model on which this mule is based, here’s your first visual evidence that Mercedes-Benz is developing the next generation of its GLE SUV. As the badging on the back of this prototype reads, the new model will be codenamed “W167,” an evolution from the current GLE’s W166 label.

The Mercedes-Benz GLE debuted at last year’s New York auto show as a refresh for the M-Class; its name changed as the German automaker revamped its entire naming strategy. The new GLE should debut in 2018, three years after that refresh hit showrooms.

Though it’s too early to predict how the new GLE will turn out visually, there are big changes planned for its underpinnings. The model’s wheelbase may grow, and it will reportedly ride on a new, lighter modular platform called Modular High Architecture. Also look for the GLE to adopt the new inline-six engines that Mercedes is developing to replace its turbocharged V6 mills.

SUVs and crossovers are becoming an ever-more critical part of Mercedes’ business model. As is the case with pretty much every automaker, buyer preferences are shifting from sedans and coupes to high-riding vehicles. In the U.S., SUVs currently account for almost half of all Mercedes sales.