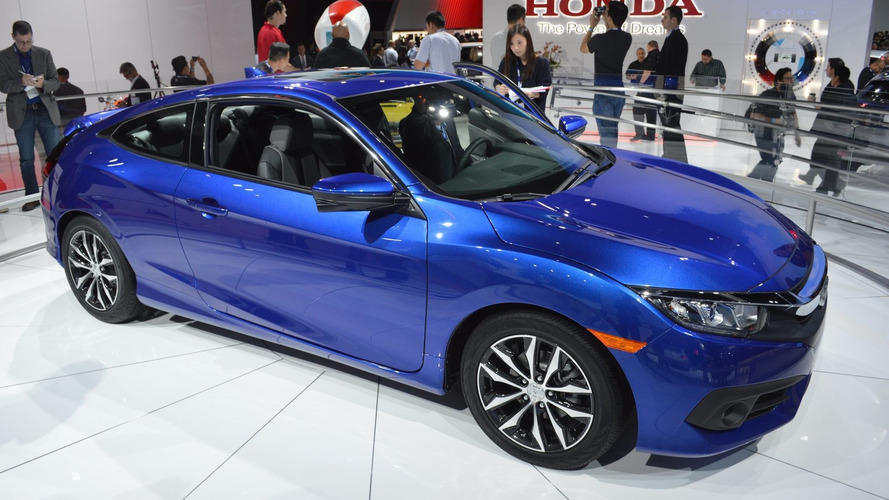 Agency was impressed by the car's crash prevention system.

The Insurance Institute for Highway Safety (IIHS) has revealed the 2016 Honda Civic Coupe has earned a Top Safety Pick+ award when equipped with its optional front crash prevention system.

According to the agency, the car earned good ratings in all five crashworthiness tests including the challenging small overlap front crash test.

More importantly, the IIHS was impressed by the car's new crash prevention system.  During two different tests, at 12 miles per hour and 25 mph, a Civic Coupe equipped with the system was able to successfully avoid a collision.  The IIHS goes on to point out the car's forward collision warning system meets the National Highway Traffic Safety Administration's standards.