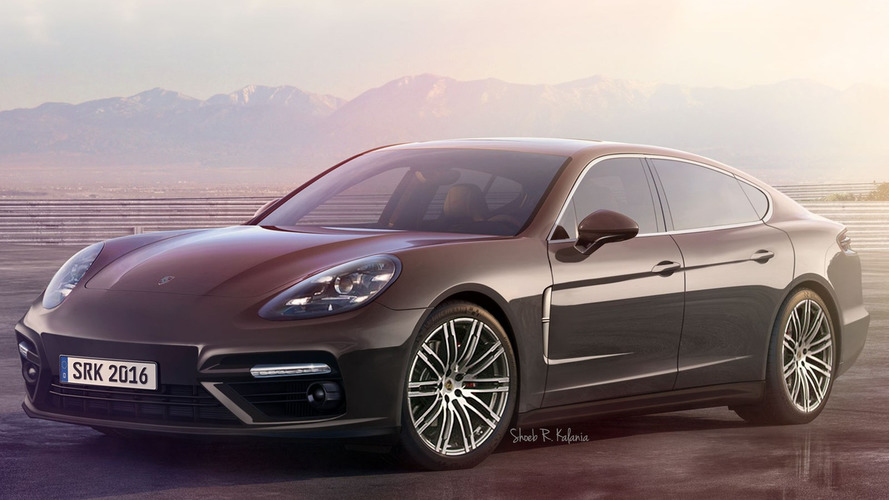 Digital design exercise based on the purported leaked official image shows what to expect from the all-new Panamera.

While the authenticity of the image posted a few days ago is still up for debate, the folks from IndianAutosBlog decided to see into the future and render the car using as basis that grainy pic. It may not be entirely accurate, but even so the real deal will probably be very close to the attached speculative render.

The front half of the car will be more of an evolution rather than a revolution in terms of design, but that’s not actually an issue. The outgoing Panamera’s biggest problem is the bulky rear end which numerous spy shots have shown will be rectified for the second generation that will have a sleeker rear and could get taillights inspired by the very cool Panamera Sport Turismo concept.

If you are not too fond of the current car’s cluttered interior, you’ll be happy to hear the all-new version will have fewer buttons. It’s also getting touch-capacitive controls and a more generous display for the infotainment system, along with a new gear shifter and redesigned air vents.

Porsche actually has plans for a more diversified Panamera lineup which aside from the regular model will also include a wagon. At the beginning of the month we published some interesting spy images of a shorter and wider Panamera prototype which could be a sign of a two-door coupe derivative.

The regular 2017 Porsche Panamera is scheduled for an official public debut at the Paris Motor Show at the beginning of October, but an online reveal could occur sooner. The wagon is probably due in the second half of 2017 while that possible coupe is unlikely to come out sooner than 2018.