Ferrari FF put to good use for Ikea run 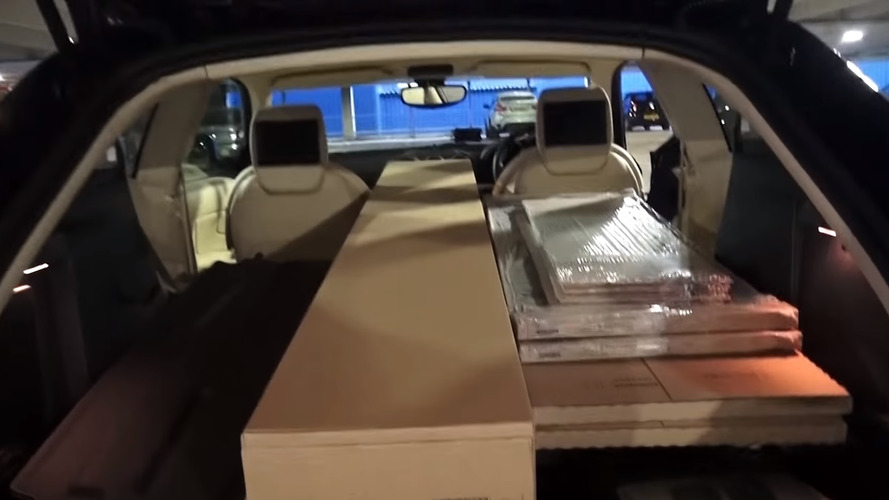 Who said supercars can't be practical?

Back in 2014, there was a guy with a Ferrari F40 who took his beloved 80s supercar - of which only 1,315 units were ever made - on a camping trip. Now, a more modern prancing horse was put to good use for a shopping run at Ikea in Wembley, U.K. You probably have figured out by now the car belongs to Shmee150 who also owns a lovely Porsche Cayman GT4 and recently sold his McLaren 675LT.

The Ferrari Four is certainly one of the most spacious supercars out there and as such it’s up to the job of doing some tasks that more humble cars can achieve on a daily basis without breaking a sweat. In this case, the V12-powered grand tourer with its rear seats folded was roomy enough to carry a bunch of furniture which wouldn’t have been possible with Shmee150’s other car, the Cayman GT4.

Certainly not what company founder Enzo Ferrari had in mind, right?

Some of the photos submitted as replies on the Facebook post were even more delicious than the original image. Check them out at the source link below.