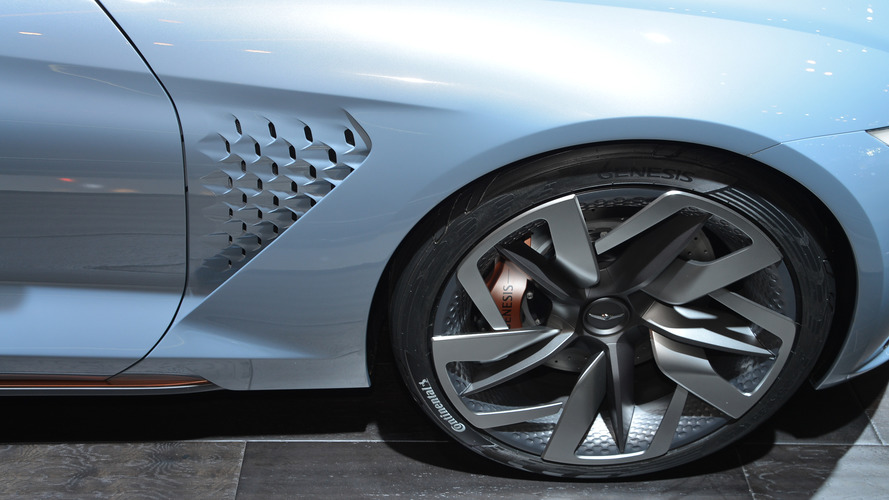 Hyundai has announced its newly founded Genesis luxury marque will launch a pure electric vehicle in the future.

Speaking at the ongoing Busan Auto Show in South Korea, Hyundai Motor’s senior vice president Manfred Fitzgerald told the media about Genesis’ plans for an EV. He believes the luxury marque should embrace alternative propulsion because “full electric cars will be the future in the auto industry” and Genesis has to adapt to the new trend.

While details about the electric vehicle are not available at this point, Luc Donckerwolke who is senior vice president at Hyundai Design Center did promise differentiation in terms of styling between Hyundai and Genesis models. It remains to be seen whether the EV will be a standalone model or it will be a full electric derivative of an existing Genesis product.

A leaked roadmap showed Hyundai Motor has plans for a six-model Genesis lineup by the end of the decade. Two of them are already known, the Equus-replacing G90 and the Hyundai Genesis-replacing G80 which was unveiled just yesterday in Busan. Later this year, Genesis will come out with the G70 set to battle the Audi A4 / Mercedes C-Class / BMW 3 Series trio. The model has already been previewed several months ago by the very promising New York Concept.

As for the other three models, the first to come out will be a midsize luxury SUV, followed by a “near luxury SUV”, and a “near luxury sport coupe.” A timetable as to when the EV will be out is not known, but probably it’s due after the end of the decade since the aforementioned roadmap did not say anything about a full electric car.